Rassie Erasmus and the South Africa Rugby union are to face a disciplinary hearing at the end of this month.

The Springboks director of rugby and the country's governing body for rugby were charged with misconduct after Erasmus appeared in an hour-long video criticising referee Nic Berry in the aftermath of the first Lions Test, which the hosts lost 22-17.

Former Munster boss Erasmus aired several grievances about the officiating in an unprecedented and detailed rant, which was addressed to World Rugby’s head of referees Joel Jutge and director of high performance Joe Schmidt, the former Ireland head coach. 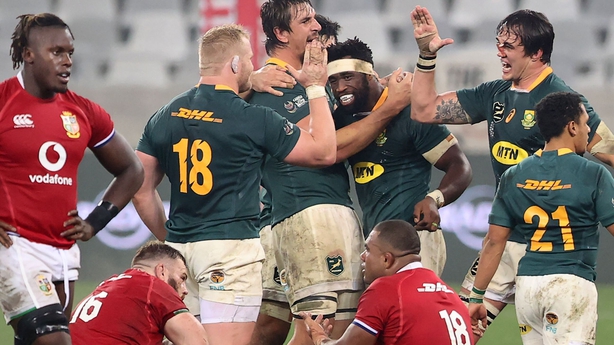 South Africa went on to win the Series 2-1 and are currently ranked the number one team in the world after beating New Zealand last Saturday in the Rugby Championship.

In August World Rugby said "the extensive and direct nature of the comments made by Rassie Erasmus within a video address, in particular, meets the threshold to be considered a breach of World Rugby Regulation 18 (Misconduct and Code of Conduct) and will now be considered by an independent disciplinary panel."

World Rugby has now confirmed that the oral hearing will take place over the weekend of 30, 31 October.

"Following the provision of detailed written submissions and evidence from Mr Erasmus, SA Rugby and World Rugby, a request was received from SA Rugby and Mr Erasmus for an oral hearing, which has been granted," a statement issued to RTÉ Sport on behalf of the Independent Disciplinary Committee read.

"The hearing date, set in consultation with the parties, is the earliest possible date taking into account previous commitments of all parties, participants and the multiple time zones involved.

"The independent disciplinary committee will publish a full written decision following the completion of the entire proceedings."

Among the sanctions available under the regulations are: a caution, warning as to future conduct, reprimand; a fine and/or compensation orders; a suspension for a specified number of matches (including all on‑field activities) or period of time; the cancellation of a Match result. 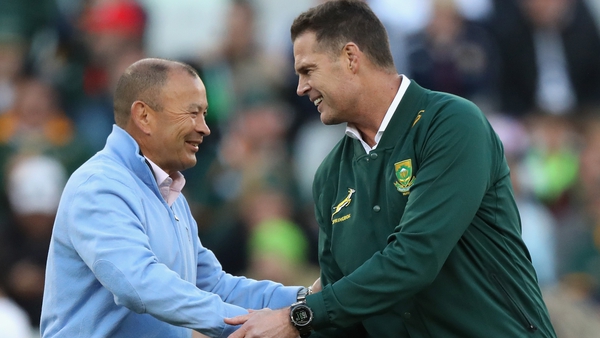