Ireland head coach Adam Griggs lamented the "heartbreaking" way his team's dream of qualifying for next year's Women's Rugby World Cup in New Zealand came to an end with the last kick of the game.

Ireland led by five points in the final minute of play against the Scots in Parma, knowing that victory without a bonus-point in that final qualifier would be enough to at least reach the last-chance saloon repechage in second place behind pool winners Italy who had beaten Spain by a bonus-point in the earlier game.

But with the Irish side down to 14 players, Scotland scored a late try through Chloe Rollie on 80 minutes before Sarah Law added the conversion with the last kick of the game to consign Ireland to a second defeat in three qualifying games.

In the knowledge that a bonus-point win would ensure automatic qualification by leapfrogging Italy by dint of a better head-to-head record, it had looked more rosy from an Irish perspective early in the game when Linda Djougang's powerhouse solo try on 19 minutes had Ireland 5-0 up.

But Rhona Lloyd's try just before half-time put Scotland 8-5 up and they added to their advantage with another try eight minutes after the resumption when hooker Lana Skeldon touched down.

Ireland rallied with penalties from out-half Stacey Flood either side of a converted try from replacement prop Lindsay Peat with 19 minutes to go.

But after centre Eve Higgins was sin-binned with three minutes to go for a lifting tackle on Lisa Thomson, Scotland made the numerical advantage count in their favour in the final seconds via a converted try to take their place in the repechage against Colombia, Samoa and Asia's second qualifier, while Italy qualify directly for the World Cup.

The defeat means the Irish team lose their record of having appeared at every women's World Cup since the inaugural tournament in 1991.

"We couldn't see it out I suppose and it was heartbreaking to watch the final conversion with time up," Griggs said post-match, adding that the emotions for him and his squad is "devastating" but that "they need to take it on the chin".

On the key facets that let his side down over the three qualifying pool games - a loss to Spain, win over Italy and Saturday's loss to Scotland - the head coach pointed to the set-piece.

"We've struggled with our set-piece this whole tournament. If you don't have a set-piece you can't help the backs as lethal as they are," he said.

"We were probably too slow into our attacking breakdowns and we were getting in wrestles there and coming out second best and turned the ball over again. There were too many turnovers in vital positions where we know we need to put scores on and come away with points and we weren't able to do that."

On his own future as head coach, Griggs added that "it's too soon to say". 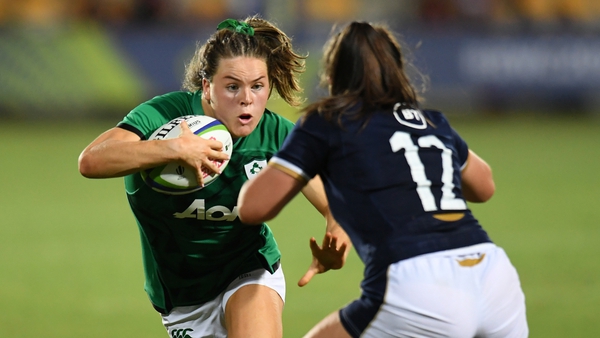