The competition may have a novel name and four fresh faces from South Africa but it was all very familiar fare for the perennial champions.

Tries from Josh van der Flier, Andrew Porter, James Tracy and Ross Byrne did the damage, while the shutout in defence was testament to the determination of the hosts. 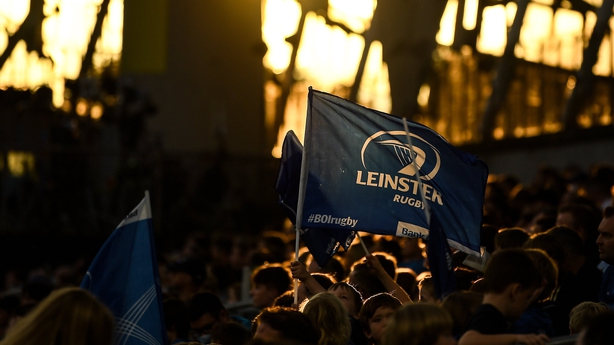 Head coach Leo Cullen rested his Lions contingent, Robbie Henshaw, Tadhg Furlong, Jack Conan and Ronan Kelleher, but otherwise had a stacked deck on the pitch on a humid evening in Dublin 4.

The Bulls, led by former World Cup-winning coach Jake White were missing Trevor Nyakane and Johan Grobbelaar, who were on duty with the Springboks, while veteran hooker Bismarck du Plessis made his debut.

Bursting straight out of the blocks in front of a live-event-starved crowd of 19,419 at the Aviva, it took just 14 minutes for the hosts to establish a 17-0 lead as the South Africans struggled to adapt to the early pace.

Leinster pressure led to a Johnny Sexton penalty after five minutes and that was followed up by a wonderful effort from man of the match Van der Flier moments later. 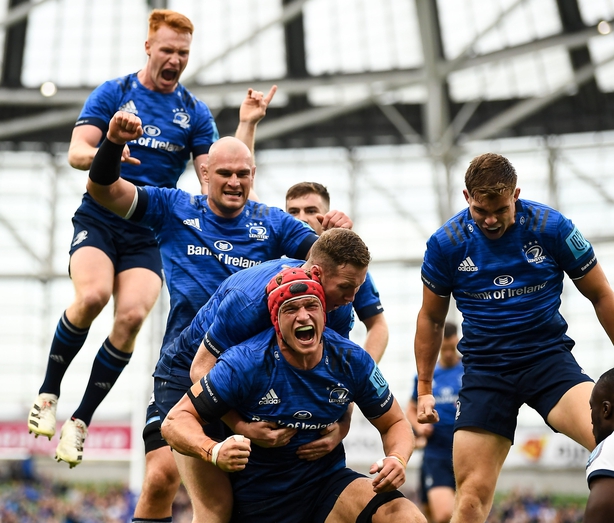 Running in support of Hugo Keenan, the Ireland flanker picked up the ball 25 metres out and zig-zagged his way to the line for a try that Sexton converted.

Porter, who missed out on the Lions tour through injury, scored Leinster's second just four minutes later, capitalising on a chip through knocked back by Ciaran Frawley and set up by Garry Ringrose.

The prop flung the ball into the crowd in celebration, a gesture gobbled up by the Blues faithful.

Captain Sexton again converted and it looked ominous for the debutants, considered the cream of the South African crop who have landed in the northern hemisphere.

But they slowly grew into the game, out-half Johan Goosen kicking their first points with a penalty in the 23rd minute.

That led to a better spell and only last-ditch Leinster defence kept them out, lively winger Madosh Tambwe having a try disallowed. 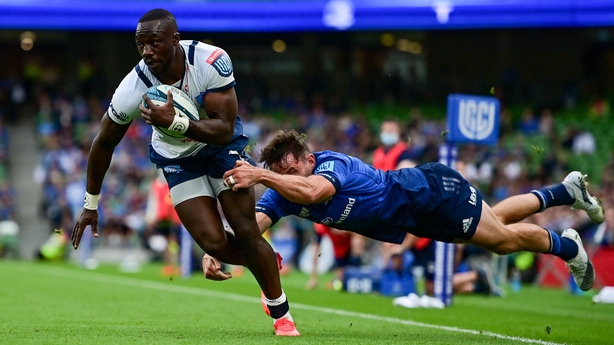 The champions were alert on the counter-attack at all times and gut-busting runs by the returning Max Deegan, on as replacement for Caolin Doris (injured calf), and Luke McGrath, omitted from a 50-man Ireland training camp recently, almost led to tries but they had to make do with a 14-point lead at the half-time.

That third try looked like coming soon after the break but the Bulls somehow denied Leinster from close range three times in a 15-minute spell of pressure, with busy-bodies Rhys Ruddock, Dan Sheehan and James Lowe to the fore.

However, it was only a matter of time and replacement hooker Tracy was at the bottom of the heap after a driving maul collapsed over the line in the 57th minute, Sexton’s conversion his last act of the game, the Ireland skipper retiring with a bag of ice in his hands after a solid outing.

The recently crowned Currie Cup champions threatened sporadically from there on in but Ruddock and Lowe were well positioned in defence to keep the line intact. 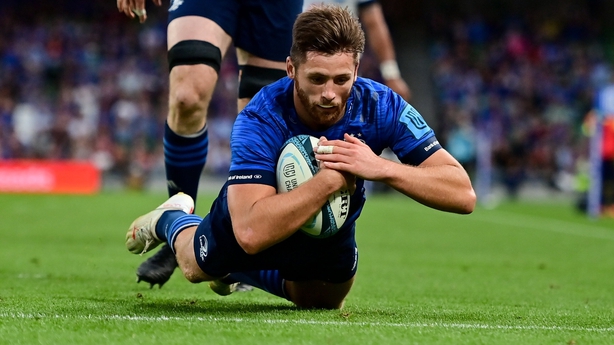 With just over ten minutes to play, Cullen’s side had their bonus point.

Frawley’s dummy in midfield opened up the play and the elusive Ringrose was able to send replacement Byrne stumbling over in the corner.