After the chaos wreaked by the pandemic, rugby is resuming with a more recognisable league structure, even if the new competition format will be providing something very different for fans.

The league fixtures will avoid any clashes with the northern hemisphere international window, allowing the top players from each club to line out from week to week.

From an Irish perspective, international players will continue to abide by the player management protocols put in place by the IRFU, so it won't be a case of being available for every round. However, it should change the landscape for the clubs and when they select each player to tie in with the bigger clashes in the league.

In the years gone by, the clubs and fringe players knew when squad rotation would happen, and every club was rotating to some degree at the same time during international windows or around European fixtures.

This is going to change quite a bit this season as clubs have a bit more licence to target games in their own way. There will of course be the rounds just after the international window where not all internationals will be available, which will be predictable enough, but there will be a lot more variety throughout the year in terms of when a team will decide to make players available.

As a squad player, you knew your opportunities would come up around November international competitions and the Six Nations campaign was a big one to target a few games, to find form and challenge when the full squad was back together.

This will change in the coming year, so it will be interesting to watch the ingenuity from different coaches and how their man-management skills come to the fore.

It should also allow the teams from Scotland, Wales and Italy to be a bit more competitive. We saw that the Irish provinces have been very strong in the competition in the last few years, with Leinster taking the title for four years in a row now.

Their squad numbers and depth go a long way to ensuring that the Irish provinces aren’t as affected as their challengers when the heavy international and European schedules deplete their squads.

Leinster are known for using 55 or so players every year and barely giving up any points, which shows their strength in depth.

The new format offers two challenges. Where do you find games for all these players now with more availability? Maybe some teams will approach the league in the same way and play the same number of players across the season, but overall game time might be less for players 40 to 55.

It also means that they’ll be rolling the dice against stronger Scottish, Welsh and Italian teams if they choose to shuffle their squad on a week when the other teams go strong and target the game.

One of the weaknesses that I can see in the inaugural year of this structure is that it really doesn't suit the South African teams this side of Christmas.

Between the Rugby Championship and the November internationals, it doesn't look like they’re going to be given access to their international stars for too many games until January. Whereas in the other countries, teams already have access and time to gel with their star players.

Even Johnny Sexton has played pre-season games with Leinster this year after losing out on Lions selection and being rested from the Irish tour. Those that were on international tours will be back soon as well so these teams will have the edge on South African teams in the opening rounds of the league.

The structure of the league will have question marks until next year when the South African teams will fall into the European Cup competitions, and they will follow a similar schedule to the northern hemisphere teams.

Although, to be fully synced with us in the north, it won’t be until the international calendar follows a similar structure when South African teams will get a fair crack at this United Rugby Championship. 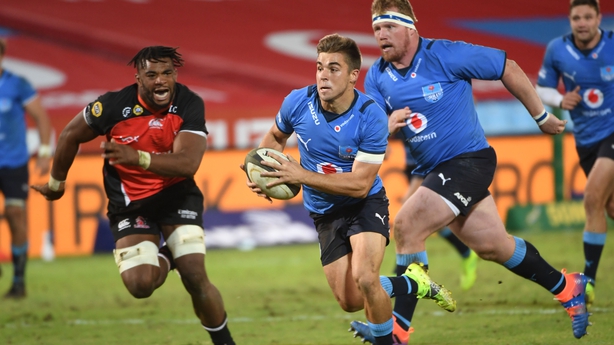 Fortunately for Munster and Leinster, they will be facing southern hemisphere opposition at the start of the campaign, which is a good opportunity to get those games played when the squads are without South African internationals.

For the non-internationals amongst the squads, it also offers some scheduled down time, periodisation of their training programmes and either some holiday time or another mini pre-season, depending on where the players are with returning from injuries, fitness levels and the amount of game time they’ve played. That certainty will be welcomed by the players.

The United Rugby Championship will give the supporters in the northern hemisphere greater access to the talent pool on show in South Africa and a different perspective on the game.

We’ll be seeing some of the players that graced us on Irish shores recently, the likes of Marcel Coetzee, Arno Botha and Ruan Pienaar, as well as current internationals like Am, Nkosi, Mapimpi and some powerful international prop forwards too.

The northern hemisphere teams have their own talents and riches. All eyes will be on Munster’s Simon Zebo to see what he can bring back from Racing 92, as well as the shock signing of Duane Vermuelen in Ulster.

The provinces boast enough of their homegrown talent as well. I’m looking forward to seeing who can step up again this year and who will fall to the second-season syndrome that has caught many before. Will Craig Casey challenge Murray for a starting spot?

Gavin Coombes will face a different level of physicality now and might be earmarked by others. Ulster have had a lot of guys who made their international debut and will be looking to kick on as well.

The landscape is certainly changing in the league and there’s ample opportunity as teams get used to the new structure.

Follow Munster v Sharks, Saturday 25 September, 7.35pm, via our live blog on RTÉ.ie/sport and the RTÉ News app or watch live on RTÉ2 and RTÉ Player