As the United Rugby Championship looms, we're telling you all you need to know about the four new South African teams in the league, and next up is the DHL Stormers.

Who are the Stormers and where do they play?

Representing South Africa's Western Province, the Stormers are based at sea level in Cape Town, on the country’s western cape.

Until this year the franchise played their home games at Newlands Stadium, but have recently moved to the nearby Cape Town Stadium - the venue which hosted five games on this summer’s British and Irish Lions tour, including all three Test matches. 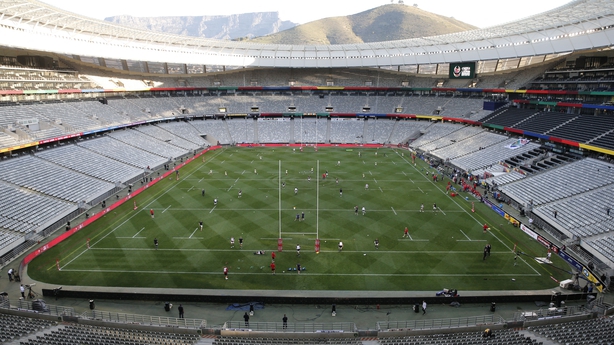 With 34 Currie Cup titles, they are the most successful South Africa team dating back to the 1800s, but since that tournament became an annual cup competition in the 1960s, they have played second fiddle to the Bulls.

Still, they've won 11 Currie Cup titles in the modern era, the most recent of which came in 2017, capping off a spell in which they won three titles in six years and played in six out of seven finals.

However, in recent years they have struggled both on and off the pitch, with rumours of financial difficulty continually lurking, to the extent their place in the United Rugby Championship was reportedly in jeopardy earlier this month.

Even in the last 12 months, they’ve lost both Siya Kolisi and Bongi Mbonambi to the Sharks, while former World Player of the Year Pieter-Steph du Toit (below) has recently joined Toyota Verblitz in Japan, putting a huge dent in their squad. 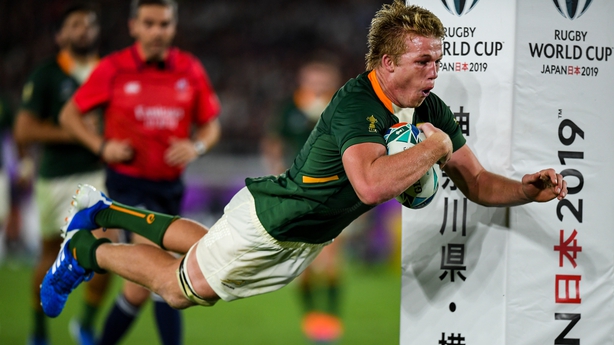 In the 2021 Currie Cup campaign they finished fourth out of seven in the league table, beaten relatively comfortably in the semi-final by the Bulls, but a look through their campaign suggests they’re more than happy with 80 minutes of gunslinging. Despite their middle-of-the-road record (six wins, five defeats and one Covid-related cancellation), they were by far the league’s highest scorers, averaging roughly 35 points and four tries per game.

However, their defence was also fond of an extreme, conceding 49 tries and 390 points, figures only matched by the hapless Lions. In short, they have excellent mid-1990s Newcastle United potential.

When it comes to Super Rugby, the Stormers can only boast a single final appearance in 2010, when they were beaten by the great Bulls side who were wrapping up a third title in four years. It was a Stormers squad that contained some former and future Bulls in Bryan Habana and Duane Vermeulen, with Schalk Burger and Francois Louw joining Vermeulen, Ulster's new signing, to form a genuinely iconic back row.

ALL YOU NEED TO KNOW ABOUT THE VODACOM BULLS

If you asked this question 12 months ago, the answer would be a lot different, but even accounting for the loss of Kolisi, Mbonambi and Du Toit, there is a healthy Springbok contingent set to arrive into the Stormers squad later this year.

Their World Cup-winning props Steven Kitshoff and Frans Malherbe were the starting loosehead and tighthead for South Africa in the second and third Lions Tests, the former in particular being well able to move around the pitch and contribute with both carries and tackles.

Second row Marvin Orie has worked his way back into the Springboks squad this season, stepping in for the injured Lood de Jager in recent weeks.

Behind the pack, scrum-half Herschel Jantjies (below) has been a regular in the Springboks matchday squads since just before the 2019 World Cup, providing contrast energy and a breaking threat at ruck time. Damian Willemse showed during the Lions series he’s an invaluable asset with skill, a solid kicking game and versatility. 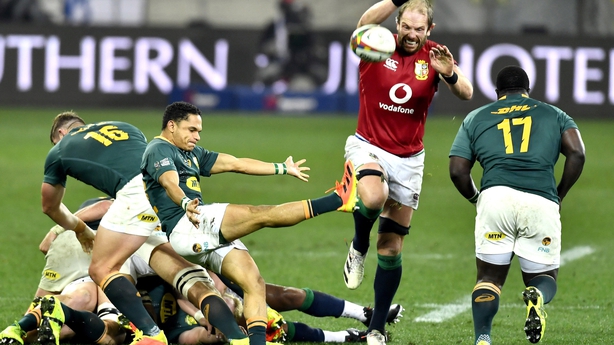 But with those players not set to return until later this year, there is a decent blend of youth and experience in the Stormer ranks. Wing Edwill van der Merwe can’t be far off a South Africa call-up, with the 25-year-old finishing top try scorer in the Rainbow Cup with five in five games, while crossing the line another five times during the Currie Cup.

Former Springbok Juan de Jongh will provide plenty of experience in the centre having returned to the club from Wasps this summer. The 33-year-old was part of the Stormers squad that got to the Super Rugby final in 2010.

Two names jump out from the Stormers squad that was named for their European jaunt.

Hooker JJ Kotze doesn't turn 21 until November, but is already making a play to get his hand on the number 2 shirt left vacant by Mbonambi. Kotze scored seven tries during the Currie Cup this season, four of which came on his senior debut.

But even more prolific than Kotze was number eight Evan Roos, who finished as the league’s top try-scorer with eight touchdowns on the season. 21-year-old Roos, who joined from the Sharks this year, averaged double digits in carries and tackles during the Rainbow Cup, winning the second highest number of turnovers.

ALL YOU NEED TO KNOW ABOUT THE CELL C SHARKS

Head coach John Dubson has been in charge of the Stormers since 2019, having looked after the Western Province Currie Cup group for four years prior.

Dobson has worked his way up through the union’s coaching structures, having worked with their U21 squad since 2010.

Attack coach Dawie Snyman has worked under Dobson since his appointment to the Currie Cup side in 2015, and his uncle of the same name is a legend of Western Province rugby, playing and coaching their Currie Cup team as well as winning 10 Springbok caps.

Only two of the Irish sides will face the Stormers in their first URC campaign.

They’re away to Munster in round two the competition, visiting Thomond Park on 2 October for a 7.35pm kickoff (live on RTÉ2 and RTÉ Player).

And they will be back in Europe in early 2022, with Galway being one of their stops, where they face Connacht on Saturday 8 January.