The Connacht women's squad have requested a review of the situation that led to the team getting changed in an unsuitable area of Energia Park before their inter-pro match with Ulster last weekend.

The IRFU and Leinster Rugby apologised to Connacht and Ulster after video footage emerged on social media showing the positioning of the temporary changing area was in a derelict zone, with waste bins visible and claims that rats were seen running around.

"We are very disappointed and upset by the facilities that were provided for us to change both pre and post-match and for our post-match meal," the squad said in a statement on Wednesday afternoon.

"The location was not suitable for the purpose.

"We pride ourselves on representing Connacht Rugby in a professional manner both on and off the pitch. We did our best to perform on the day, despite this situation, but these circumstances were far from the standards we would expect for this level of our sport.

"We acknowledge the apology issued by the IRFU and Leinster Rugby earlier this week. We sincerely hope that something like this will never happen again, for any team.

"We would request that a review of the decision-making process which led to these circumstances be conducted and our hope is that more thought will go into decisions like this for the women’s game in the future.

"We would like to take this opportunity to acknowledge the support we have received from Connacht Rugby this season. We are all working together to improve Women’s rugby in the province and throughout Ireland.

"We believe that every province is doing the same. Great progress has been made this season with all the women’s interpro games televised by TG4 and Vodafone coming on board as a sponsor of the series is a massive step in the right direction.

"However, the circumstances on Saturday highlight there is still much work to be done.

"More young girls got to see women's rugby on TG4 over the last three weeks and hopefully we have inspired them to take up the game and fall in love with the sport that we love."

The IRFU told the Irish Independent yesterday that a "full review of all operations is under way". 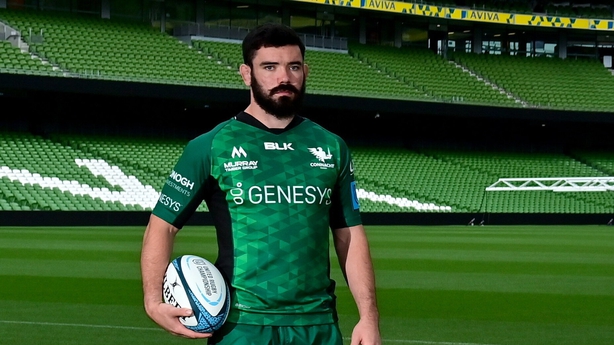 Meanwhile, Connacht's Paul Boyle has said it was something that he and his team would not have accepted.

"It wasn't an ideal scenario and we spoke about it ourselves in the changing room that we wouldn’t put up for it and it’s not good enough," said the forward at the launch of the United Rugby Championship.

"From a bigger level the apology has been made, hopefully it won’t happen again.

"Hopefully there’s dressing rooms available and the Covid stuff goes away, but if a scenario like that happens again, hopefully the powers that be make the right decision and don’t have the guys there."

He said: "It was clearly a massive mix-up but I can’t imagine it will be a mistake that should ever be made again.

"I don’t really know the ins and outs of it other than it was a massive mistake, one that shouldn’t have happened but I’ve no doubt it won’t happen again."