Sixteen teams, that’s all the usual suspects from Ireland, Wales, Scotland and Italy plus four of the top South African teams who previously played in the southern hemisphere’s Super Rugby Championship: Cell C Sharks, DHL Stormers, Emirates Lions and Vodacom Bulls, who all featured in the Rainbow Cup earlier this year.

For the last four seasons, the championship was divided into two conferences but the inaugural URC will see a single league table, with 18 regular-season games (down from 21) to decide the standings.

The top eight after all games are played will enter the play-offs (quarter-finals, semi-finals and final).

For play-off seedings, the top team will play the side that finishes in eighth place, second v seventh and so on.

Each season the URC Grand Final will be held at a 'destination venue’ similar to the Guinness Pro12 and Pro14 deciders held between 2015 and 2019.

There are also no rounds scheduled during the international windows, making it more likely that teams will be able to call on their top stars more often.

Regional pools have been introduced to ensure that local derbies all take place as usual, with home and away fixtures

The remaining 12 games will be made from an even number of home or away games against the other teams in the league.

Each year the home or away fixture will alternate much like it does in the Six Nations, so, for example, Connacht host the Bulls in Galway this season and will travel to South Africa next season to play the Bulls.

WHERE CAN I WATCH IT?

RTÉ will broadcast live television, radio and online coverage of 26 games featuring Munster, Ulster, Connacht and Leinster in the league, plus additional knockout matches. There will also be extensive highlights and analysis each week on Against the Head on RTÉ2 and RTÉ Player. 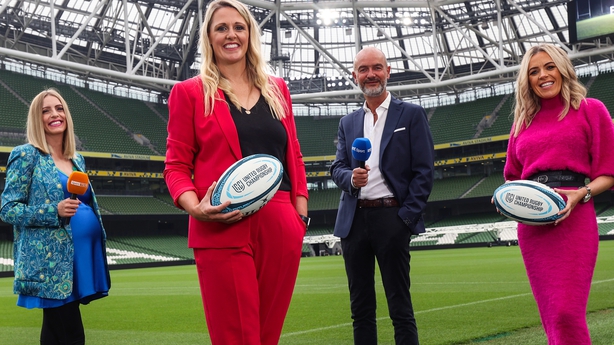 You can also subscribe to URC TV, a new online streaming service giving fans the opportunity to watch every game live and on demand.

World Rugby are trialling the 50:22 rule globally. If a team kicks the ball from inside their own half and it takes a bounce before going into touch in the opposing team's 22 then the kicking team gets the lineout throw. 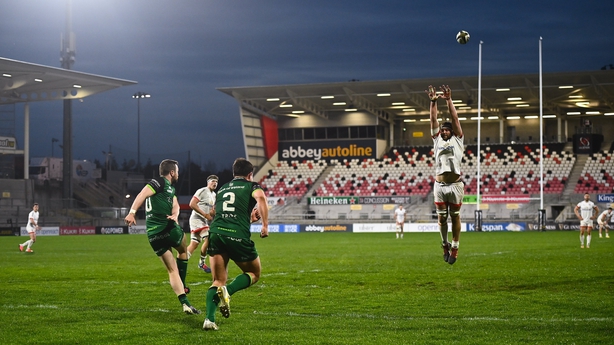 Goal-line drops out will also be introduced where the attacking team is held up or knocks on over the line, or if the ball is touched down in goal by a defender after an attacking kick.

The practice of pods of three or more players being pre-bound prior to receiving the ball has been banned, while players who target/drop their weight onto the lower limbs of a jackler will be penalised.

HOW DO TEAMS QUALIFY FOR EUROPE?

A total of eight teams from the URC will qualify for the Heineken Champions Cup.

The winner of each regional pool will qualify, followed by the next four highest ranked teams in the main league table.

From the 2022/23 season, South African teams will be able to enter the Champions Cup if they have finished in the qualification places in the URC standings in 2021/22.

Regional pool mechanics will ensure at least one team will qualify.