Australia scrum-half Tate McDermott minced no words after the Wallabies' third successive loss to New Zealand in Perth on Sunday, describing his team as "soft" for failing to back up words with performance on the park.

After back-to-back defeats at Eden Park last month, the hosts were thrashed 38-21 in front of 52,000 fans at Perth Stadium to be whitewashed in the Bledisloe Cup, the annual trophy contested by the trans-Tasman nations.

"It's so disappointing and frustrating from our point of view," McDermott told reporters.

"It's Groundhog Day. Every time we say we're going to do something, we don't do it.

"We're pretty soft at the moment, and that's the honest assessment of it."

After a promising 2020 featuring a win over the All Blacks in Brisbane and a draw in Wellington, the Wallabies have come crashing back to earth in Dave Rennie's second year in charge.

They scraped past a severely depleted France 2-1 in a series in July but have been ruthlessly dismantled by Ian Foster's men, who secured the Bledisloe Cup for a 19th successive year with the 57-22 drubbing at Eden Park.

Rennie promised a different performance in Perth following a "brutal" team review, but the Wallabies served up more of the same, killing promising moves with turnovers, conceding two intercept tries and being all but beaten with 20 minutes to play.

Australia need to upset world champions South Africa on the Gold Coast next Sunday to keep their slim hopes of silverware alive as the Rugby Championship moves to Queensland state.

Rennie said his players were "learning quickly", despite scant evidence of that on the pitch. 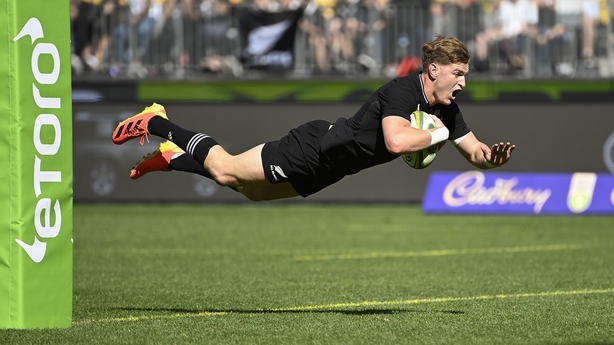 "We've got the world champions for a couple of Tests, that's going to be great for us as well," he said.

"I feel that the scoreline over the last couple of weeks hasn't been a fair indication of where the game's at.

"But, look, we're not where we wanted to be. We're certainly working hard."