Jamison Gibson-Park will start for Leinster as they welcome fans back to the RDS for the Pro 14 Rainbow Cup game against Dragons on Friday.

1,200 supporters will be in attendance at the game for the first time since February 2020.

Garry Ringrose will captain the side, with James Ryan in line to win his 50th cap from the second row.

In the back three, Hugo Keenan will start at 15, with Jordan Larmour on the right wing and Jimmy O'Brien on the left.

Rory O’Loughlin will start beside Ringrose in the centre with Jamison Gibson-Park, back from injury and playing for the first time since the Pro 14 final win against Munster, partnering Ross Byrne in the half-backs.

In the pack, Cian Healy, Rónan Kelleher and Michael Bent start in the front row with this being Bent’s final game in blue before retiring.

The aforementioned Ryan starts in the second row alongside Ryan Baird. 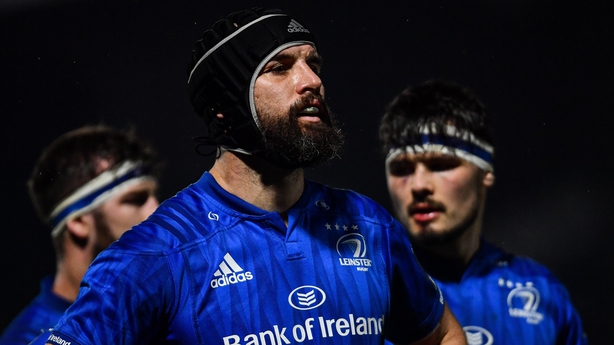 In the back row Scott Fardy will play his final game in blue from blindside winning his 80th cap for Leinster since arriving in 2017, with Scott Penny at openside and finally Caelan Doris at No 8.

On the bench, there is a welcome return from injury for Vakh Abdaladze who will make his first appearance of the season if introduced and in doing so will become the 60th player used by Leo Cullen this season.

Harry Byrne is also back from injury to take his place amongst the replacements.

None of Tadhg Furlong, Jack Conan, Robbie Henshaw or Johnny Sexton were considered for selection this week but all four trained and were available if required. 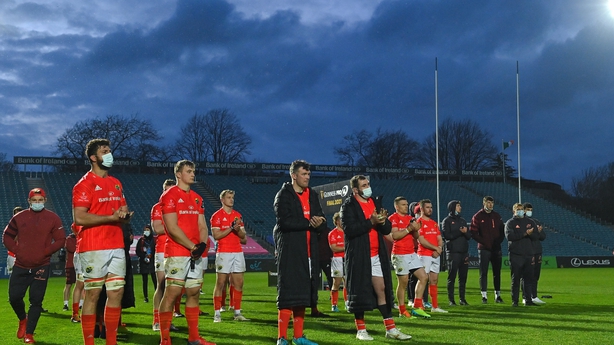 Munster have made seven changes for the Pro 14 Rainbow Cup swansong against Zebre in Parma on Friday evening.

Skibbereen cousins Liam and Gavin Coombes start together for the third time with Matt Gallagher, Chris Farrell, Dave Kilcoyne, John Ryan and captain Peter O’Mahony also returning to the side.

Gallagher starts at full-back with Andrew Conway and Coombes lining out on either flank.

Kilcoyne, Niall Scannell and Ryan pack down in the front row with Jean Kleyn and Fineen Wycherley continuing their lock partnership.

Academy duo Thomas Ahern and Jake Flannery are among the replacements alongside Billy Holland and Nick McCarthy, who are set to make their final Munster appearances. Holland will play in his 247th and final game for Munster if sprung from the bench.

Roman Salanoa is also included among the replacements as he returns from an ankle injury.

"Ideally, we would love to still be in with a chance to play for a final but it’s not to be and while guys were disappointed, we still have a competitive game to play.

"No different to any opportunity we get, the lads will want to play for each other and put in a performance and finish the season out on a high.

"We’ve again mixed the side with a good balance of experienced and younger players so it’s another 80 minutes of rugby, and with some players competing for Irish selection also there are plenty of motivating factors.

"For CJ and Mike it was just a case of running out of time and it’s important they and their injuries take the time to heal following last weekend’s accident."