It is the first all-French European Cup final since 2015, but also notable for another major milestone on 44-year-old O'Gara's coaching journey.

The former Ireland out-half - he won 128 caps, scored more than 1,000 Test points, toured three times with the Lions and helped Munster win two European crowns - has only been coaching for eight years.

But after spells at Racing 92 and with the Crusaders in New Zealand, he now heads up the biggest day in La Rochelle's 123-year history.

"He is a legend of the game," said La Rochelle's Australia international lock Skelton, a European Cup winner with Saracens two years ago.

"Me and the boys get the old Rugby '08 up on PlayStation 2 in the team room, and we often play with Ireland, and we put him on the pitch! He's got a 95 rating or 99 rating, or something.

"I didn't know how he would go as a coach, though, because it doesn't always transfer - being a great player into a great coach - but for me, he has been awesome.

"He has been someone who has helped on the side of, I guess, playing to your strengths. For me, having a coach like that, it's the little stuff.

"I remember, in one of my first games against Toulouse, he ripped into me, Lopeti (Timani) and Uini (Atonio), and he just said in front of the whole team, 'You're not fit enough'.

"It was a wake-up call that I had probably been saying in my head, but then to hear it from one of the coaches was an eye-opener.

"I guess he is that type of coach. He is pretty direct, he is straight, and I enjoy it." 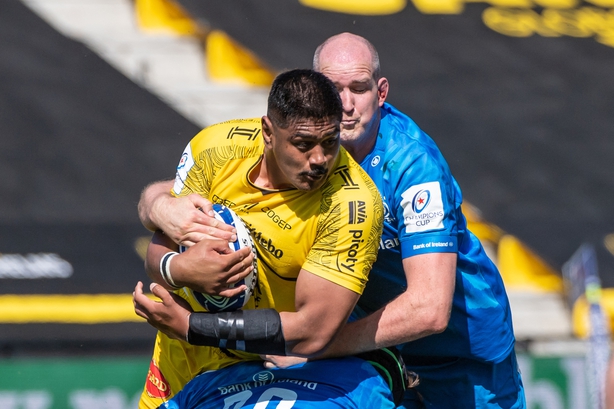 He scored a try in the semi-final victory over Leinster and has displayed form consistent enough to spark talk of a possible Test squad recall Down Under.

Selection restrictions currently surround Wallabies playing overseas but Skelton, who won 18 caps between 2014 and 2016, continues to perform at maximum efficiency.

"I've signed a three-year deal here, so it's out of my hands at the moment," he added.

"All I can really do is play good footie and, I guess, hope for the best.

"It's a goal for every player to play in the World Cup, but I think it's disrespectful if I am here sitting and thinking that I will be in the team two or three years away when I haven't even been in the (Australia) jersey since 2016.