Montpellier booked a European Challenge Cup final appointment with Leicester after ending Bath's hopes of silverware with a 19-10 victory at the Recreation Ground.

British and Irish Lions head coach Warren Gatland, who names his South Africa tour squad next Thursday, looked on as Bath strived to make it an all-English Twickenham final on 21 May.

But Montpellier gatecrashed the party, with flanker Yacouba Camara scoring a try and scrum-half Benoit Paillaugue kicking a conversion and three penalties, before Handre Pollard booted an 80th-minute penalty.

Bath started brightly, given a flying start by hooker Tom Dunn’s fourth-minute try, while scrum-half Ben Spencer added a conversion and penalty, yet a number of lost lineouts on their own throw undermined victory hopes.

Montpellier, Challenge Cup winners in 2016, were often threatened by Bath and England star Anthony Watson’s strong running – he will undoubtedly have impressed Gatland – but they had enough control up-front to prevail. 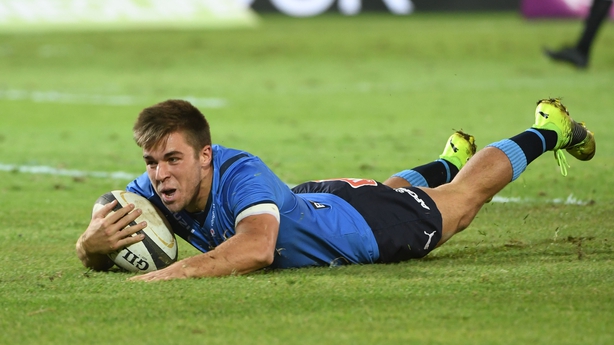 Elsewhere, the Bulls began their Guinness Pro14 Rainbow Cup SA campaign with a 22-9 win over the Lions at Loftus Versfeld.

The home side made a flying start when Chris Smith wriggled through a couple of tackles and sprinted over the whitewash from 20 metres out before converting his own second-minute try.

Two Fred Zeilinga penalties reduced the deficit to one point with the Bulls' Janko Swanepoel seeing his try disallowed by the TMO after Embrose Papier was adjudged to have knocked the ball on.

Smith and Zeilinga traded penalties either side of half-time while the Lions saw EW Viljoen receive a yellow card for a deliberate knock on as the Bulls piled on the pressure.

The Bulls finally made their dominance count when Zak Burger darted over for his first senior try with the club, which was converted by Morne Steyn.

Madosh Tambwe had a try ruled out for the Bulls following a successful Captain’s Challenge, with the line-out ball deemed not to be straight, but Elrigh Louw went over late on to wrap up a 12th straight home win. 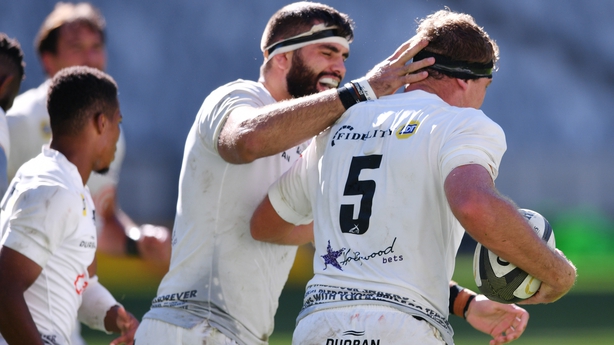 Reniel Hugo scored a hat-trick of tries as Sharks recovered from a 23-7 deficit to beat Stormers 33-30 in a hard-fought opener.

Tries from Herschel Jantjies and Rikus Pretorius got the hosts off to a flying start in their first match at the Cape Town Stadium but they then had Seabelo Senatla sent off and Willie Engelbrecht sin-binned.

Sharks upped the tempo after the break as Engelbrecht received his second yellow card, and Hugo then went over three times in quick succession to turn the game in the visitors’ favour.

Yet the contest was still not over as a yellow card for Sharks’ Jeremy Ward allowed Stormers a route back.

Damian Willemse touched down as Stormers reduced the gap to three points but Sharks held on.