The Tigers wiped out an 11-point interval deficit to book a place against Bath or Montpellier in the Twickenham final on May 21 after England out-half George Ford ran the show.

For half the contest, it looked like Leicester would go the same way as Harlequins and Northampton as Ulster chased a hat-trick of wins against Gallagher Premiership clubs in Europe this season. 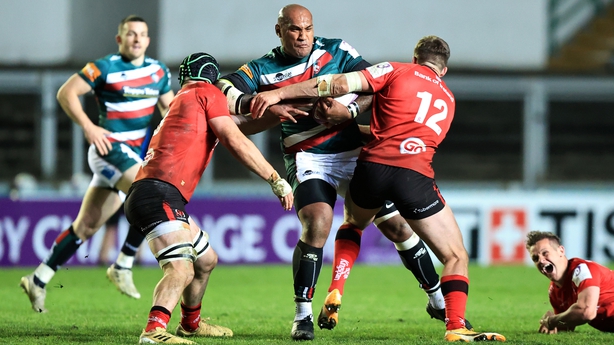 Ulster claimed touchdowns from skipper Iain Henderson, out-half Billy Burns and number eight Nick Timoney, plus a Michael Lowry conversion and two conversions and a penalty by scrum-half John Cooney, but Leicester prevailed and booked a first European final appearance since being beaten by Heineken Cup opponents Leinster in 2009.

The visitors dominated early possession and territory, but they then conceded two quickfire penalties inside their own half, with Ford accepting his second opportunity and nudging Leicester ahead.

Cooney, though, soon replied for Ulster, and Leicester found themselves pinned in their own 22 as wing Robert Baloucoune dived over in the corner, but the try was disallowed following a knock-on by Timoney. 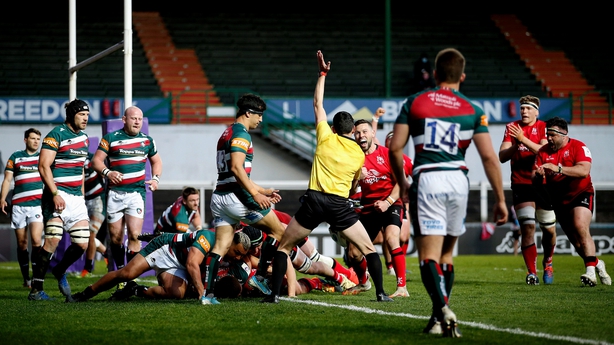 Ulster only had to wait another three minutes for an opening touchdown, though, and it arrived after Tigers skipper Tom Youngs was sin-binned for a technical infringement.

The Ulster forwards laid siege to Leicester's line, and Henderson smashed his way across, claiming a try that Cooney converted for an early 10-3 lead.

An impressive long-range penalty by Ford cut Leicester's deficit, yet Tigers' optimism proved short-lived as Ulster carved them open for a second try after 22 minutes. 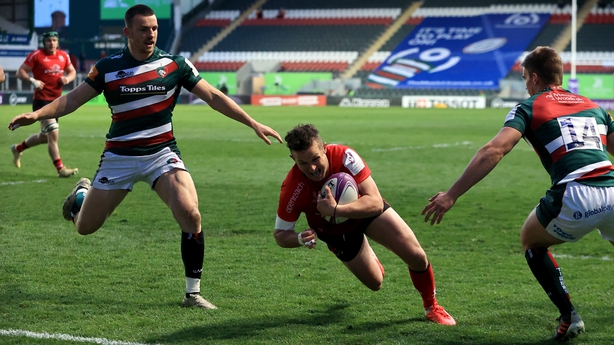 This time, Burns was the beneficiary of outstanding work by Ulster's pack, cutting a delicious attacking angle to score, before Cooney again converted.

Leicester responded with a spell in Ulster's 22 as the first half drew to a close, but Ulster were full value for an 11-point interval lead.

Cooney went off early in the second period following a collision with Nadolo, and his departure understandably rocked Ulster, with Leicester scoring a try just two minutes after he exited the contest as Wiese touched down and Ford converted.

It was just what the Tigers needed, and when Ford completed his penalty hat-trick shortly afterwards, they found themselves just a point adrift. 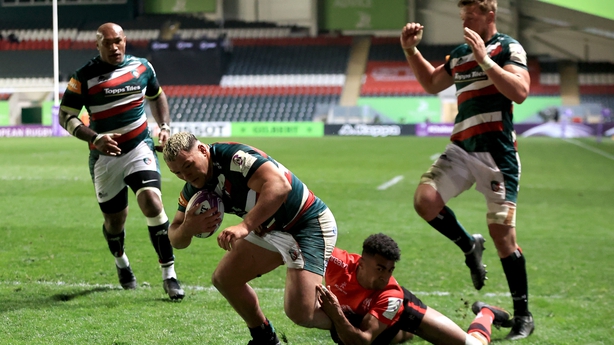 Ulster could not handle Leicester's ferocity, and they fell behind when Genge scored a 54th-minute try that Ford converted from the touchline, then Ford's drop-goal afforded Tigers a degree of breathing space.

But Ulster hit back through a fine try from Timoney, converted by Lowry, to set up a tense finish, before Porter's score calmed the nerves and took Tigers to Twickenham.