Munster head coach Johann van Graan says lessons learned from the recent Guinness Pro14 final defeat to Leinster played a significant role in finally getting the better of their rivals in a 27-3 victory at the RDS.

A month ago Leo Cullen's side swept aside Munster with minimal fuss to add to their silverware collection and in the process make it 10 wins in 11 against the men in red.

In truth, the 16-6 scoreline flattered Munster, but they returned to the RDS a transformed side to emphatically reverse the trend of this fixture in Pro14 Rainbow Cup against the admittedly under-strength hosts.

Conor Murray's try double drove the visitors to their first win over Leinster since December 2018, while there was no shortage of needle throughout the energetic contest. 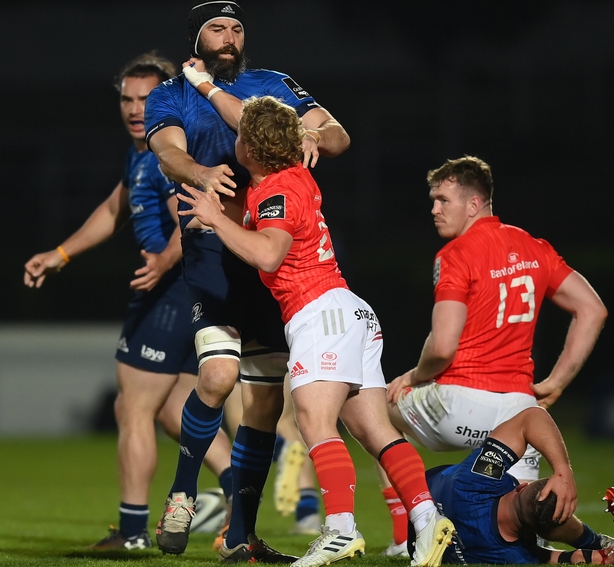 The tournament has been besieged by Covid complications and Leinster may have had an eye on next weekend Heineken Champions Cup clash with La Rochelle, but Van Graan couldn’t hide his delight with the performance.

"We're very happy about the result," he said. "I thought that first try we scored was a very good broken field attack, and it was a titanic battle and once we got our noses in front I felt we kept the pressure on.

"It’s very good for this group to come and win in the RDS. 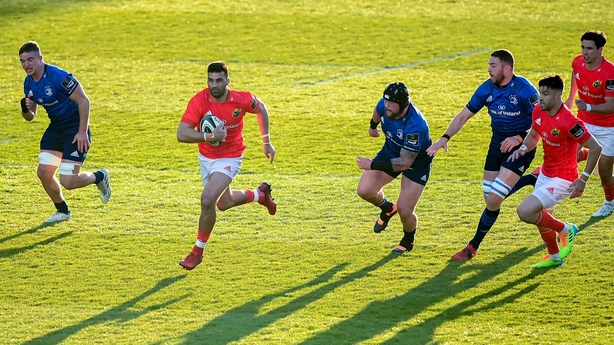 "I think we took some of the lessons that we learned here in the final, we worked hard in the last few weeks and like I said, I thought it was a real physical battle."

His Leinster counterpart Leo Cullen conceded his team simply "weren’t good enough" on the night, but did draw on some positives given the callow look of his team in certain positions.

The half-back partnership of Hugh O'Sullivan and Harry Byrne lasted just five minutes before injury forced the out-half off, replaced by David Hawkshaw.

Hooker Dan Sheehan made his first senior appearance against Munster, while Josh Murphy was afforded his opportunity to shine at number 8.

Unfortunately, we weren't quite good enough

"The game for us was lost in the contact area," Cullen said. "I thought Munster were very aggressive. We couldn’t quite deal with some of the threats they had.

"It made the game quite messy, and unfortunately, we weren’t quite good enough. We’re disappointed. It was a good experience for some of our younger players, and adds to the depth of the group.

"We have a huge week now for the club as we take on La Rochelle in Europe. It’s about dusting ourselves off and looking towards the next challenge." 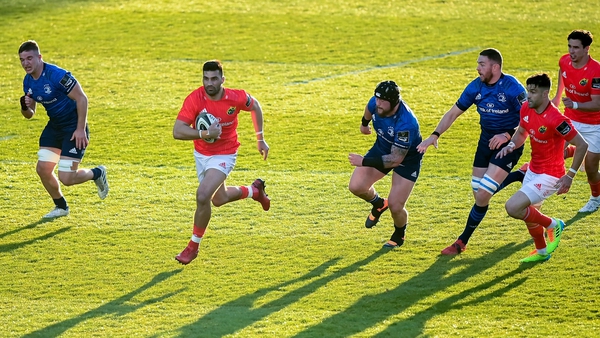 Munster shine at RDS to slay Leinster in Rainbow Cup