The English referee has been appointed for the fixture at Stade Marcel Deflandre on Sunday, 2 May.

Carley was to referee Leinster’s round of 16 tie against Toulon, a game that was cancelled due to a positive Covid case in the French camp.

Fellow English referee Wayne Barnes has got the nod from the EPCR's selection committee for the all-French semi-final between Toulouse and Bordeaux-Bègles at Stade Ernest Wallon the day before.

Ulster’s bid to reach the Challenge Cup final will be overseen by French official Pascal Gauzère when the province take on Leicester Tigers at Welford Road on Friday, 30 April. 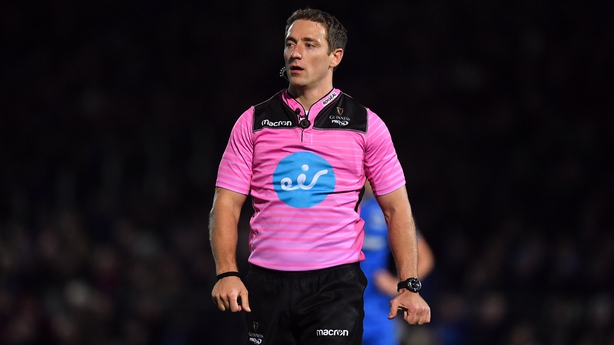 The following day, Irish referee Andrew Brace will be the man in the middle for the second semi-final between Bath and 2016 winners, Montpellier, at the Rec.

Brace took charge of La Rochelle’s round of 16 and quarter-final victories in this year’s Champions Cup.