Donncha O'Callaghan has expressed delight at the prospect of Simon Zebo donning "red and green" again, although the ex-Munster second row admits his former team-mate will face plenty of competition in trying to force his way back into the Ireland picture.

Munster confirmed Zebo's return to the province for next season on a one-year deal, three years on from his move to French side Racing 92.

Speaking on RTÉ's Game On, O'Callaghan said that the 31-year-old, who he describes as "such a good person" off the pitch, will bring an added X-factor back to Munster as well as exciting the supporters.

"It's brilliant news, it really is. It's a brilliant bit of work from David Nucifora and Johann van Graan and 100% he's going to bring X-factor on the pitch like he always does," he said.

"I think the time in Racing will be brilliant for him because I think he will have other experiences. What a guy to get back in it. He's like the equivalent of Simon Geoghegan when I was growing up - just someone that you look to and makes you want to play the game.

"So Zeebs has X-factor on it but off it he's so generous with his time and he creates a buzz and I'm delighted to see him back in red and green."

While the red of Munster has been confirmed, time will tell whether Zebo will wear the green of Ireland again but O'Callaghan says the 35-time cap will have returned with that ambition in mind. 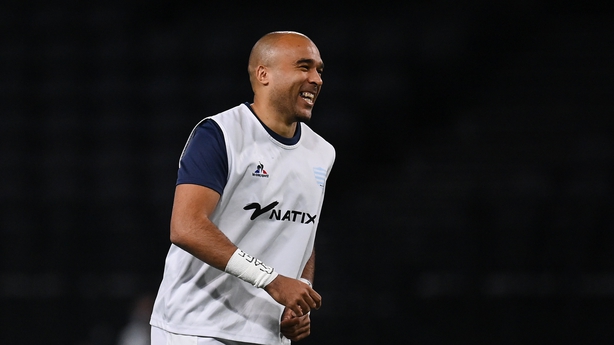 "It's going to be difficult but that's what he's coming back with aspirations to do," he said.

"The rugby world is very small really and agents and clubs and everyone talks really and I know from chats earlier on today, that there are clubs and teams with big, deep pockets that would have loved him.

"And Simon isn't coming back for financial reasons. He could have got a bigger contract, a longer contract somewhere else and some part of me thinks that's beautiful that he wants to come home, that he wants to play at home, and I know his drive. He'll want to play for Ireland and look, it's a really competitive place and it's going to be competitive for him in Munster as well.

"But what he's got, I don't think too many people have. In the big moments, he can go off script and just make something special happen and the more I learn about rugby, you need a few X-factor players."

The contract Zebo is returning on is due to run for one year but O'Callaghan feels the desire to return home trumps the initial short length and that him being back will benefit some of Munster's leading lights like Conor Murray and Keith Earls with whom he will have a "lovely dynamic" in the try-scoring stakes.

"If I was Simon Zebo's agent, I'd be worried for him. I'd be telling him, 'go for the bigger deals that were out there' for him," he said.

"But what we've seen over the last while with CJ (Stander) and other players, and even (Munster forwards coach) Graham Rowntree realising that a Lions tour would take him away from his family for a bit of time, I think players - and Covid has done this - it's given people a bit of time to reflect about what's important to them and what's important to Simon is his family and getting back and being around his parents and playing with his friends. He's tight with that group (of players) and he'll get a better beat out of some of them.

"Himself and Conor Murray are nearly telepathic when it comes to running off each other.

"I think Conor Murray will be delighted he's back. Everyone's going on at the moment that Conor kicks too much. Conor won't be kicking when you've someone like Zebo sniffing in for scores."