Munster and Leinster are set to clash again in the opening round of the Guinness Pro14 Rainbow Cup, which gets under way in ten days' time.

The teams met in the Pro14 final at the end of last month with Leinster claiming their fourth title in a row.

The game on Saturday, 24 April at the RDS will be the fifth meeting of the sides since rugby returned in August of last year. 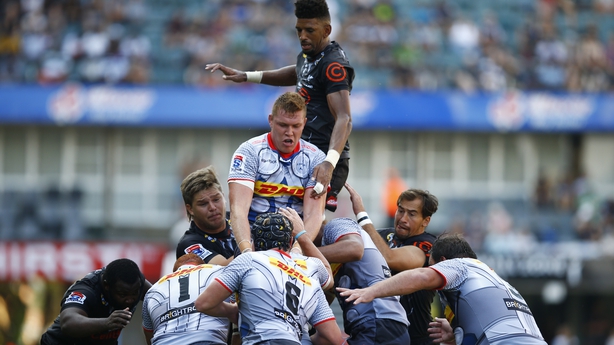 That will be followed by an Ulster-Connacht derby in Belfast at 8.15pm.

Munster host Ulster in round two, with Connacht welcoming Leinster to the Sportgrounds on 7 and 8 May respectively.

Round 3 on Friday 14 May consists of a double helping of Irish derbies with Connacht down in Thomond Park and Ulster coming to Dublin.

Despite reports last week that the participation of the South African sides was under threat due to uncertainty surrounding travel restrictions and Covid-19 safety regulations, organisers are still hopeful that the four teams will be able to join the Irish, Scottish, Welsh and Italians for rounds 4-6.

They say they will release fixtures details for subsequent rounds once they have "received all necessary approvals and permissions from the relevant governments and health authorities for the South African teams to travel."

Meanwhile, Leinster have confirmed that winger Dave Kearney has signed contract extension with the club.

Elsewhere, Ulster have also announced that Marcel Coetzee is being released early from his contract. The South African, currently sideline with a hamstring injury, was due to leave at the end of the season but will now depart at the end of this month.