Leinster will move quickly on from yesterday's Guinness Pro14 final with Toulon looming large on the horizon, says Bernard Jackman.

Leo Cullen’s side picked up their fourth domestic title in a row, and their eighth in total as they outclassed Munster at the RDS.

While Munster’s 10-year wait for silverware goes on, Leinster will consider their last European success – 2018 in Bilbao when they beat Racing 92 to claim their fourth Champions Cup – an age ago, too.

"That’s the next step for them and they only really judge themselves on their ability to add another star to the jersey," the former Ireland and Leinster hooker told RTÉ’s Sunday Sport.

Last September, a week after picking up last season’s Pro14 title, Leinster welcomed a rested Saracens to the Aviva and were stunned as the then-reigning champs secured a comprehensive victory. 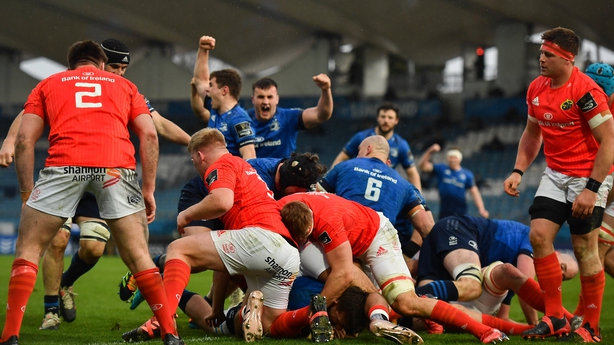 "They thought they were on track, having won the Pro14 and then losing to Saracens last year," added Jackman.

"They also lost to Saracens in Newcastle [in the 2019] final.

"Three years is probably too long for them to go without being European champions given the quality they have.

"They do see the Pro14 as the trophy for the greater squad but the top 30 players, you can be sure they are focused on trying to win Europe.

"They are well set up and they look very strong. I’d say they took a lot from the Saracens defeat.

"Toulon is a nice easy game and if they win that they are probably going to [champions] Exeter [who face Lyon] so that will test them."

Jackman, who won the Celtic League and Heineken Cup with Leinster, also had praise for the manner of his old team's victory over Munster.

"Their ability to go out and do justice to the whole squad, win another trophy without being complacent is remarkable.

"The cohesion and consistency they have across all 57 players [used in the campaign] is outstanding."