Andy Farrell must play the smart game with Johnny Sexton as he enters the final stages of his career, according to former Ireland skipper Rory Best.

With Sexton at the helm, Ireland beat Italy, Scotland and England to finish off their Guinness Six Nations campaign.

The 35-year-old also lasted the entire 80 minutes in each game and over the course of the tournament successfully kicked 25 of 26 shots at goal.

Sorely missed at the end of the defeat to Wales and the entire France game, Ireland are like a different side with their captain pulling the strings.

The Leinster back has hinted that the World Cup in 2023 may be beyond him but a continued run of influential performances approaching the France tournament would keep him firmly in the mix.

"You've got to play him in the big games as long as you can," Best told RTÉ’s Game On.

"It’s a pity there isn’t some more games, we don’t know about a summer tour, because when Johnny gets in from that’s when you can actually have a look at playing other people: maybe put him on the bench, maybe not play him at all. 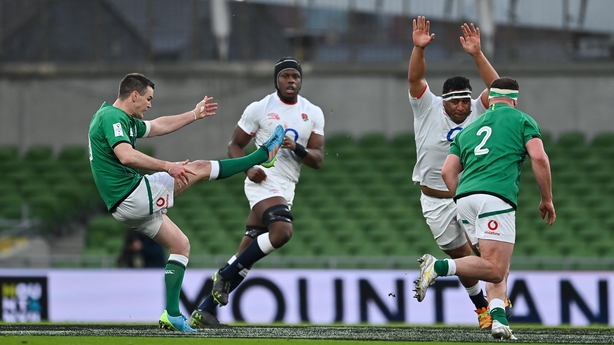 "Part of the problem Ireland had in 2019 and 2020 was Johnny had a couple of niggles, he was missing Leinster games and back for Ireland games and they needed to play him into form, but he’s in great form now so it does give Ireland and Leinster the luxury playing him a little bit more sparingly.

"When you are in that sort of rhythm it’s never ideal, but it’s okay because your confidence is going and for Johnny, as much as anything, it’s the confidence to know that he can throw these passes, make these kicks.

"I hope that now that they play him enough to keep in this form but they also use the time to make sure they mind him with the immediate future in mind but also the long-term future to help transition." 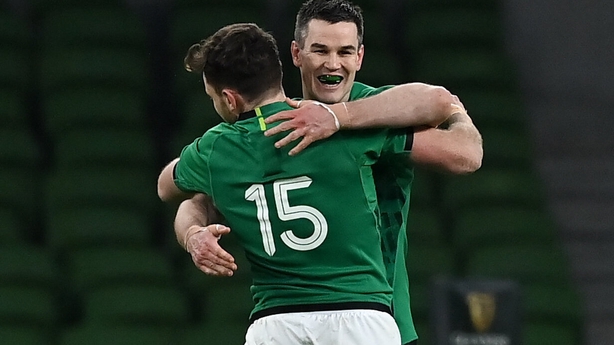 "Ah look, to start with, he's an unbelievable player," Keenan, who hopes to be part of the Leinster side that faces Munster in Saturday’s Guinness Pro14 final against Munster, told RTÉ Sport.

"He's got that experience, doesn't he, and slotting those kicks was just huge. I know his kicking accuracy this whole campaign has been huge, but to keep putting the pressure on a side like that, to keep the foot on their neck, was huge.

"Keep that scoreboard ticking over and put the pressure on them. That's what he brings.

"He's an unbelievable leader, and unbelievable captain and he's so passionate about the team, so it was great to see him go so well again and perform."