It was a season-defining result for Toby Booth's men as it guarantees them a third-placed finish in Conference A and Heineken Champions Cup rugby for next season.

The defeat will certainly sharpen Leinster minds ahead of next week's Pro 14 final against Munster. Tries from Harry Byrne and Jamie Osborne, on his second start, had them 12-3 ahead at half-time.

Out-half Byrne bagged a brace but it went downhill for the defending champions during the final quarter. Thomas blocked a Byrne kick to score, adding his third conversion to seal Ospreys' first victory in Dublin since their 2012 final triumph. 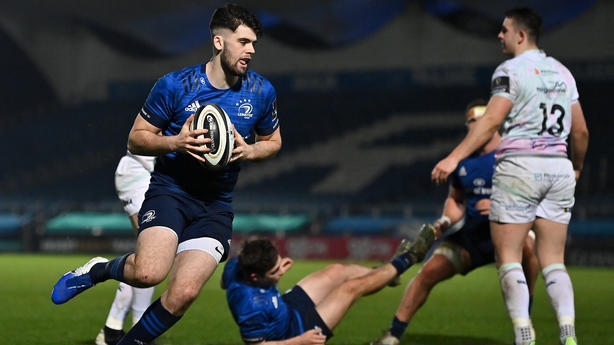 Frustrated by a trio of recent defeats, Ospreys went very close to an early try but Reuben Morgan-Williams was instead whistled for a knock-on.

Once Leinster exerted pressure in the right areas, the visitors struggled and lost prop Ma'afu Fia to the bin in the 19th minute.

A neat move off a scrum, combined with centre Osborne's dummy run, played in Byrne for his 21st-minute converted try. 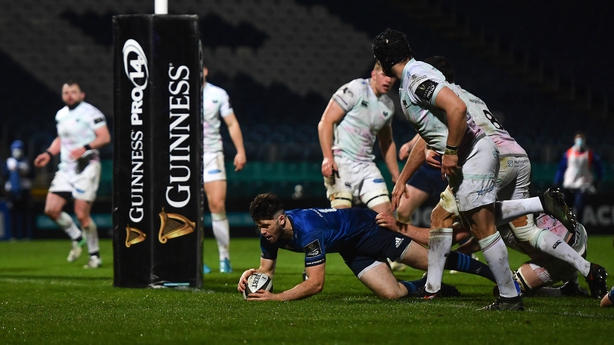 Luke Price responded with a penalty, only for Will Griffiths to fumble Byrne's skyscraper restart. Osborne pounced on the loose ball and dived over for five more points in the right corner.

Price hit the post with a subsequent penalty and Ospreys failed to profit from two late penetrating runs by Morgan Morris, the Guinness player of the match.

Just three minutes into the second half, Byrne crossed from a Rowan Osborne pass after tighthead Michael Bent had taken advantage of a defensive gap.

Ciaran Frawley converted for 19-3 and Leinster were looking comfortable. That was until their scrum began to concede penalties and Ospreys' bench made a big impact.

Smith caught Dewi Cross with a high tackle in the 67th minute and the Ospreys pack piled through for Cracknell to dive in beside the posts.

Twenty-year-old replacement Thomas coolly converted and also added the extras to Watkin's rumble for the line, following a furious chase and steal by flanker Morris.

Victorious in Ireland on only two previous occasions since 2016, Ospreys snatched the result when Thomas followed through on his block, getting the better of Max O'Reilly.