Hooker Dan Sheehan scored two tries and wing Dave Kearney helped himself to a hat-trick as Leinster recorded a big victory over Zebre in Parma.

Leo Cullen's men clinched a place in the Guinness Pro14 final by beating Ulster last weekend and maintained the momentum in their penultimate match of the regular season.

Sheehan, Cian Kelleher, Luke McGrath and Kearney all went over in the first half as the defending champions raced to a bonus point despite losing Alex Soroka to the sin bin for 10 minutes.

Giovanni D'Onofrio touched down for Zebre early in the second half, but a Pierre Bruno yellow card proved costly as Sheehan immediately added his second try before Kearney went over twice more to complete his treble.

Eduardo Bello and Niccolo Taddia crossed for the battling hosts in the closing stages, but there was no way back by that point.

Leinster host the Ospreys next Friday before taking on Munster in the final on 27 March. 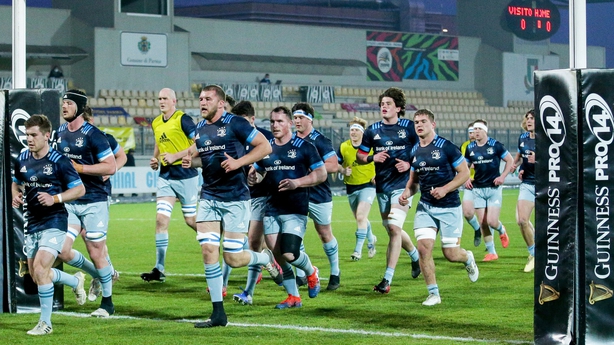 Zebre - missing 15 of their Italy internationals - opened up a 6-0 lead as Antonio Rizzi split the posts with a pair of early penalties, but Leinster soon had their noses in front when Sheehan plucked the ball from the back of a ruck and stretched for the line under the posts, with Harry Byrne adding the extras.

Byrne was on target again to kick Leinster into a 10-6 advantage, but the visitors then came under pressure from some neat Zebre build-up play - a period that ended with Soroka in the bin for a high tackle and Rizzi reducing the arrears to one.

Leinster looked the more dangerous despite being a man light and crossed for their second try when Kelleher went over in the corner, with Byrne making it 17-9 from a challenging position.

The Leinster penalty count was keeping Zebre in touch, with Rizzi adding another, but the visitors surged clear before the interval. 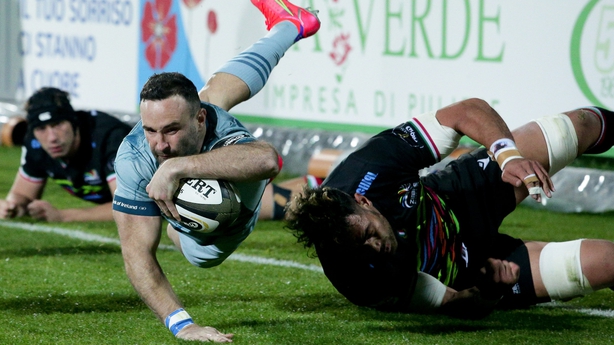 McGrath reaped the rewards of his own charge-down to score before Kearney brushed off challenges on the left wing to go over for the bonus point as Byrne stayed perfect from the tee.

The second half got off to a promising start for Zebre, who registered their first try of the match when D'Onofrio collected Jamie Elliott's excellent pass to run for the line, and Pizzi's conversion made it 31-19.

However, Bruno saw yellow for a deliberate knock-on soon after and the indiscretion was swiftly and severely punished, with Sheehan burrowing over for his second before Kearney doubled his own tally by leaping for the left corner, with Hugh O'Sullivan converting the latter.

Kearney wriggled in off the left wing for his third try to make it 48-19 after 64 minutes, the 31-year-old wing standing out in an otherwise youthful Leinster side.

Bello and Taddia touched down with time running out, but the damage had already been done by Leinster.

Follow Scotland v Ireland (kick-off 3pm, Sunday) via our live blog on RTE.ie and the RTÉ News app or listen live on RTÉ Radio 1's Sunday Sport. Highlights on Against the Head on RTÉ2 and RTÉ Player, 8pm Monday. bsp;