Scott Cummings is not expecting any surprises from Ireland's familiar line-up when they face Scotland on Sunday – but he says Scotland might have one or two up their sleeves.

The Dark Blues lock reckons Andy Farrell will turn to the same old faces as he relies on the likes of Johnny Sexton, Conor Murray, Robbie Henshaw, James Ryan and CJ Stander to once again get the job done at Murrayfield this weekend.

And why not, given Ireland’s dominant record against the Scots in recent years? From the two nations’ last 10 meetings, the men in green have claimed victory on nine occasions.

But Glasgow forward Cummings is warning that Scotland believe they have finally found a masterplan that could at last spell trouble for Ireland.

"There’s definitely a couple of things we can look to do," he said. "I think we’ve changed a lot of things over the past couple of years.

"I always talk about us becoming tough to beat, and we’re definitely working on that.

"You look at results in the Six Nations so far and we achieved that against England. We didn’t quite get over the line against Wales but it was a very close game.

"We know it’s going to be a massive game against Ireland. They’re always a great team, and they probably haven’t changed that much.

"They have a lot of the same sort of players they have played with for the past five or six years at least, so we know what they’ll bring.

"They’ll keep possession constantly, playing away with the ball, so we’ll have to be very strong defensively and on form in attack too." 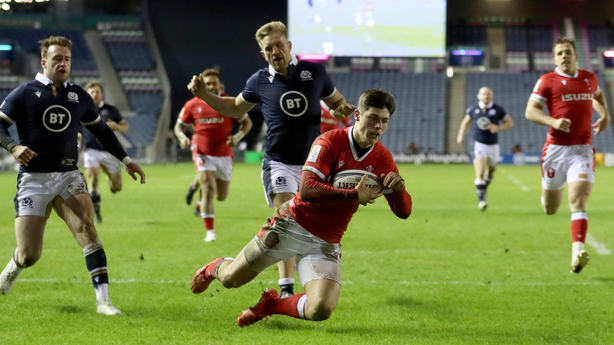 With their trip to Paris put on hold because of the French squad’s Covid outbreak, Scotland have had a month to mull over their second-half collapse which allowed Wales to spoil their perfect start to this year’s Guinness Six Nations, which kicked off with that historic Twickenham triumph.

But Cummings insists it is vital Gregor Townsend’s team do not let the frustrations of the last few weeks hamper their efforts to get back on track this weekend.

He said: "We were ready to play that France game. The team was ready and everyone was prepped, but obviously things happen and that’s just the situation we’re living in just now.

"Covid can get in at any moment so we had to cancel, and everyone understood that. So for us we’ve just got to move on and remember that game will get played, but we’ve got to get on with the next job.

"There’s no point dwelling on it, there’s nothing we can do about it.

"I don’t really know whether it’s a case of making amends for what happened against Wales, we take it one game at a time and focus on each game individually.

"That Wales game is quite a while back now, so we’ve put that aside and are focusing on Ireland and what we need to do in this game."