Live blog on RTÉ Sport Online and the RTÉ News app from 1.30pm.

Live commentary on Saturday Sport on RTÉ Radio 1 with Michael Corcoran and Donal Lenihan and analysis from Fiona Coghlan.

Live coverage on Virgin Media One from 1pm, highlights on Against the Head, RTÉ2, Monday 8pm.

Conditions for the game will be warm and sunny, with temperatures to hover around 18 degrees.

Thou shalt not experiment

The 1998 stat did the rounds in the aftermath of Ireland's defeat to France a fortnight ago. The Good Friday Agreement was still being negotiated and Bill Clinton was still denying his Oval Office affair the last time Ireland opened the competition with two defeats.

Italy weren't even in the Six, then Five, Nations at the time - though the team they had was probably more feared and respected than it is now.

Ireland are not going to be winning the 2021 Six Nations, barring a highly bizarre and deeply unlikely set of results. And even then, some of the more dyed in the wool traditionalists regarded 'points-difference titles' as hollow at the best of times. 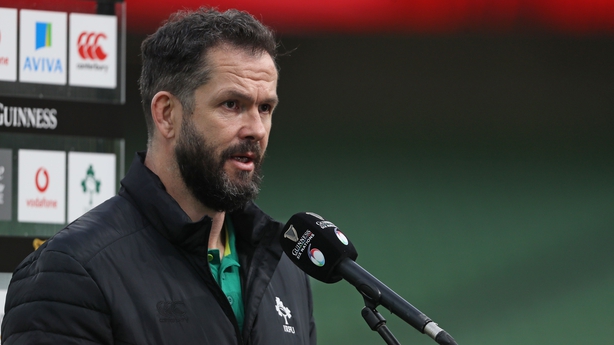 The closest approximation to Ireland's current Six Nations situation in recent memory is the 2016 campaign, when an injury-wrecked Irish side opened with a home draw against Wales and then suffered successive defeats in Paris and London.

But then Joe Schmidt, notwithstanding the World Cup quarter-final upset against Argentina (for which there were some mitigating circumstances), had sufficient credit in the bank following two straight Six Nations titles and the rugby public were relatively sanguine about accepting a transitional season.

Andy Farrell does not have the same bank of goodwill that Schmidt enjoyed in 2016. While there is a clamour, in plenty of quarters, for longer-term thinking in terms of selection, Farrell will understandably feel he doesn't have that leeway.

Donal Lenihan suggested last week that the Italy game provided ample opportunity to give Craig Casey and Harry Byrne a whirl in the half-back spots.

The financial incentive to finish as high up in the table as possible is often cited as the knockdown argument when it's advanced that Ireland should embrace a more experimental Six Nations mindset. But Bernard Jackman argued, on the RTÉ Rugby podcast this week, that the prize-money gap between 3rd and 6th doesn't count for a whole pile in the current climate.

In the end, Farrell has resisted the pressure to make any exotic or left-field calls and has picked a team to beat Italy. 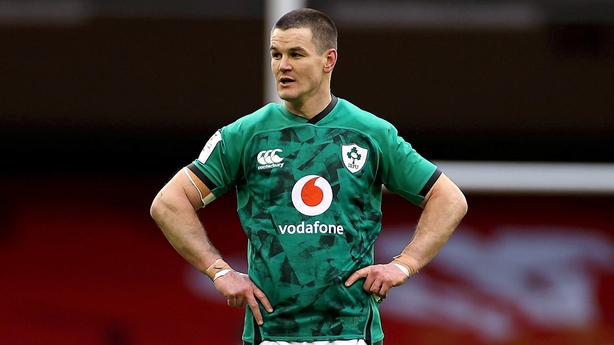 There are seven changes from the France game, most of the safe and humdrum variety. Furlong back in the team, Kilcoyne joining him on the other side of the scrum, Larmour replacing Earls, Kelleher - scorer of that opportunistic try the last day - in for Herring at hooker, Will Connors slipping into the back row.

The selection of Johnny Sexton at out-half wasn't unexpected, though his surprisingly frank comments about not sticking around for the next World Cup (comments at odds with his previous bullish remarks) prompted yet further debate on Ireland's need to look to the future.

In better news elsewhere, the heir apparent, laid low with injury for the last year, is back in and around the Munster squad. Joey Carbery was included in the squad against Cardiff Blues on Friday.

It feels like aeons since Italy last won a game in the Six Nations. There was a time when Italy used to win games in the competition with at least semi-regularity, though this seems like all ancient history now.

A perusal of the record books reveals their last tournament win came against Scotland in 2015, after a dramatic last-minute penalty try which saw Sergio Parisse explode into tears of joy on the Murrayfield turf and effectively condemned the hosts to the wooden spoon.

With the era of Castrogiovanni, Lo Cicero and Bergamasco having passed into history, and with Parisse pushing on, the latter years of the past decade proved a grim affair.

Under Conor O'Shea, they did manage a landmark win over a mis-firing South Africa in late 2016 but their Six Nations efforts, despite some close shaves, have yielded a duck every year for the past five.

However, there are, if you look closely, signs of life.

While the bare results don't suggest much in the way of progress, Italy are developing their style under Franco Smith.

In the past, Italy were renowned for their monstrous, usually shaggy-haired, distinctive-looking forwards and their otherwise uncomplicated gameplan.

Nowadays, it is their youthful backs who catch the eye, in particular their flashy out-half Paolo Garbisi, the scorer of that scintillating, dummy-laden late try in Dublin last October.

Then there's their exciting full-back with a rather Seinfeldian name, young Jacopo Trulla, and they also boast a promising young Welsh-born scrum-half in Stephen Varney.

Speaking to RTÉ Sport this week, former Irish prop Mike Ross spoke of the progress he's seen from the Italians.

"I think Ireland will win but Italy are showing flashes of good stuff. I know they haven't won a game in the Six Nations for a while but I just see an improvement.

"I know they lost to France 50-10 but they put some good passages of play together so I think they're improving.

"If you compare this Italian team to the one in 2013, they'd be better. But everyone else has moved on too. That's the issue. So, to the outsider, it looks like they're not improving. But if you watch them, they're playing good stuff.

"Their tackling has been poor at times. If they can tidy up their defence and keep their attack going the way it's going, they'll push a lot of teams close."