Joey Carbery could  make his first appearance in over a year after being named in the Munster squad to play Cardiff Blues in the Guinness Pro14 on Friday night.

The 25-year-old out-half has played just two games since sustaining an ankle injury before the 2019 World Cup, the last being against Ulster on 3 January last year, but is on the bench tomorrow.

The return of the 22-cap international to full fitness would be a welcome addition to the Ireland ranks, with questions over who will be Johnny Sexton's long-term successor at No 10.

The opening try scorer in Murrayfield last weekend, Jack O’Donoghue captains the side for the encounter in Cardiff as he and Chris Cloete are joined by Jack O’Sullivan in the back row.

Fineen Wycherley scrums down next to Jean Kleyn in the engine room with Kevin O’Byrne stepping into the front row in between James Cronin and John Ryan.

Shane Daly returns from Ireland camp to retain his position on the left wing with Calvin Nash named on the opposite flank as Mike Haley completes the back three at full-back.

The centre partnership sees Rory Scannell lining up next to Damian de Allende and Nick McCarthy joins JJ Hanrahan in the half-back pairing.

If sprung from the bench, Billy Holland will move ahead of Ronan O’Gara for all-time Munster appearances and become the second most capped player for the province for his 241st appearance in red.

Paddy Patterson is in line to make his Munster debut as he provides the scrum-half cover. 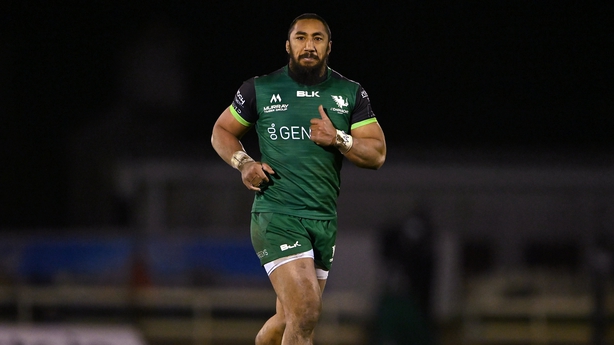 Bundee Aki has been released from Ireland duty to start for Connacht in Friday's Guinness Pro14 clash away to Benetton Rugby (k/o 5.30pm Irish time).

Aki started in last week’s bonus point win over Cardiff Blues and will again play tomorrow in boost to Andy Friend’s side who look to make it three wins on the bounce in the PRO14.

Oisin Dowling has also been handed his first start for the province, having featured off the bench in the last two games.

Dowling is joined alongside Gavin Thornbury in the second row, with Paddy McAllister, Shane Delahunt and Finlay Bealham completing the tight five. The back row is unchanged from the win over Cardiff Blues last time out, with Paul Boyle at number 8 alongside flankers Eoghan Masterson and captain Jarrad Butler.

There’s a new-look half-back pairing with Kieran Marmion alongside Conor Fitzgerald, while Tom Daly partners O’Brien in the centre.

Finally, Tiernan O’Halloran is handed his first start in nearly two months after recovering from injury, taking his place at full-back with Alex Wootton and Peter Sullivan on the wings.

There’s an experienced look to the bench with centurions Denis Buckley, Caolin Blade and Jack Carty all included. 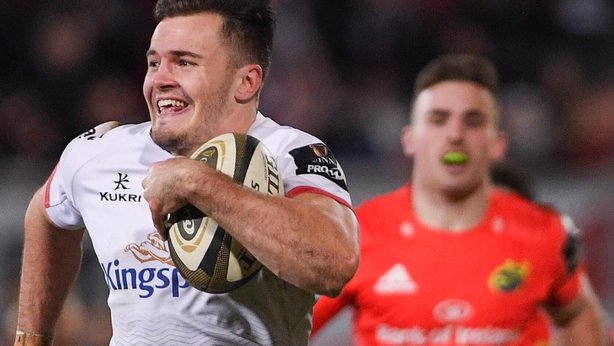 Jacob Stockdale returns to the Ulster team following a knee injury for visit of Ospreys in the Guinness Pro14 on Friday night (kick-off 8pm).

The Ireland international has been selected on the left wing with Rob Lyttle making a positional switch to the right wing with Michael Lowry continuing at full-back.

The midfield duo of Stuart McCloskey and James Hume retain their starting berths, as do Ian Madigan and John Cooney at half-back.

In the front row, Andrew Warwick comes in to start at loosehead, with John Andrew at hooker and Marty Moore at tight-head. Kieran Treadwell is named at second row to partner Alan O'Connor.

Jordi Murphy will again skipper the side from the back row, and is joined by Greg Jones at blindside flanker and Nick Timoney at Number Eight.

Winger, Robert Baloucoune could make his first appearance for Ulster this season if called upon from the bench, after making his return from a hamstring injury.