Andy Farrell looks set to resist calls for major changes to his Ireland side for next weekend's Guinness Six Nations clash against Italy.

With championship honours out of reach due to defeats to Wales and France, many are looking for Farrell to blood some of the younger players who have been drafted into the training squad.

However, circumstances dictate, according to Farrell, who made his senior Wigan debut aged 16, that players cannot just be thrown into international rugby.

Citing players like out-half Harry Byrne, lock Ryan Baird, prop Tom O’Toole and scrum-half Craig Casey, who was an unused replacement in the 15-13 loss to France, the head coach said their time will come.

"You can’t throw any kid in by just guessing," said the 45-year-old.

"Why? Because the [senior] guys that are in the environment, they have worked bloody hard to get here too.

"It’s the balance and the reason I say it’s difficult at this stage is because of the situation with Covid, it’s been stop-start and it’s hard for a kid to get continuity and keep getting selected. There’s a bit of bad luck as well. All those things have to come into play as well.

"We’ve got to be fair to the player [Tom] and the team, same goes for Craig, Ryan Baird, these guys are all earmarked but we’ve got to make sure they are ready.

"Those decisions are normally quite a bit easier than they are at the moment.

"You talk about Harry, for example, he’s played about 95 minutes in eight weeks. Eighty of them were a couple of weeks ago against Scarlets.

"He’s a guy who has been on the radar for some time but it’s been unbelievably stop-start.

"He’s had a bad back. We brought him in last week to try and give him a little bit of experience." 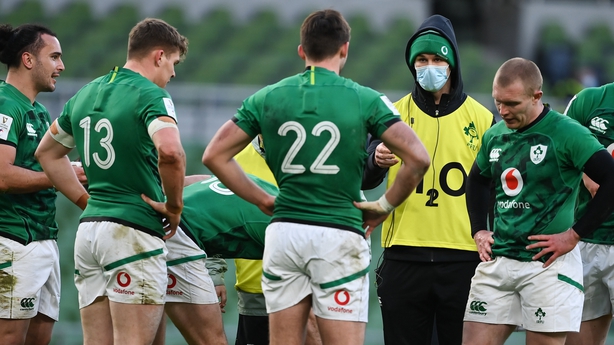 Conor Murray, Johnny Sexton and James Ryan all missed the France game through injury and are expected to line up in Stadio Olimpico, where Farrell expects a battle despite the hosts’ 29-game losing streak in the championship.

"Obviously, we’ve been analysing for the last couple of weeks and if you just looked at the scorelines you’d say that everything should be rosy in Rome but we know the facts.

"We watch the Italian side and they are playing some good rugby as they proved last week at Twickenham [a 41-18 loss to England].

"They cause all sort of trouble. And if you don’t respect the game in general, then you can come unstuck.

"A couple of times teams have tried to approach the game a bit differently and really come unstuck against Italy and that’s in the recent past as well." 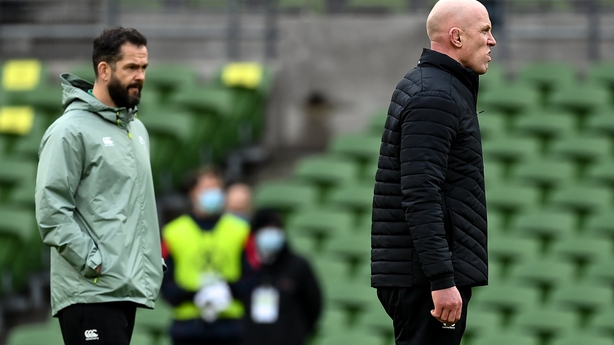 One of the positives from the disappointment of the opening two games has been the lineout return, with new forwards coach Paul O’Connell appearing to have made an immediate impact.

The Englishman said: "I think he’s been great. Anyone with Paul’s experience, general knowledge of rugby is going to add to any environment.

"I’ve been really impressed. Obviously, people talk about Paul in terms of lineout and maul etc., his passion for that but that’s not the whole picture.

"His passion is for all sorts of play, not just forward play.

"He’s doing a great job of getting across all areas of forward play. That’s why we didn’t call him the lineout coach, he’s the forwards coach."