As a debate rages in some quarters of Irish rugby about which Byrne brother is most deserving of a Test outing against Italy, Leo Cullen has side-stepped the issue by selecting both Harry and Ross for Friday's Guinness Pro14 trip to the Dragons.

Younger brother Harry (21) is being touted as a potential long-term successor to Jonny Sexton in blue and green, and he starts at 10, with full international older brother Ross (25) moving to inside centre.

It is the first time the pair will start a game for Leinster together.

Scrum-half Luke McGrath captains a youthful selection, which may see a debut from the bench for Clane RFC prop Marcus Hanan, despite the 20-year-old not yet being a part of the province's academy.

Jack Conan will make his 100th appearance for Leinster from the back of the scrum, while Devin Toner and Scott Fardy are kept in reserve for the 7.35pm Conference A showdown, with Leinster looking to maintain or stretch their four-point lead over Ulster at the top of the table. 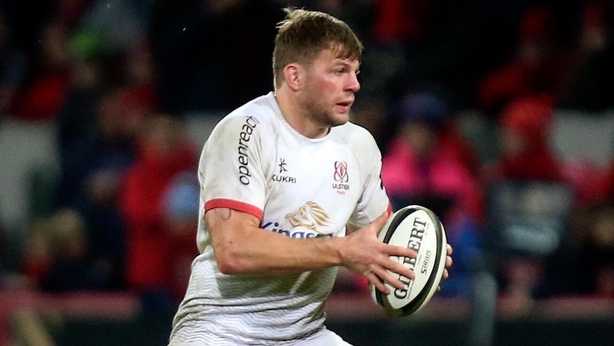 Jordi Murphy will captain Ulster for the first time on Friday against Glasgow.

Kieran Treadwell will become the latest Ulster centurion as he is named to start along with Alan O'Connor in the second row.

In the front row, Eric O’Sullivan returns from international duty to join John Andrew and Marty Moore, who will make his 50th Ulster appearance.

In the backs, John Cooney and Stuart McCloskey are also released from Ireland camp and will start in their familiar 9 and 12 jerseys. Ian Madigan partners Cooney at fly-half, with James Hume joining McCloskey in midfield. Rob Lyttle makes his return from injury on the left wing, with Craig Gilroy on the right and Michael Lowry at full-back.

Academy second row, Cormac Izuchukwu is set to make his senior debut if called upon from the bench. He is named alongside Adam McBurney, Andrew Warwick, Tom O’Toole - also returning from international duties - and Greg Jones in the forward reinforcements. Alby Mathewson, Stewart Moore and Matt Faddes will provide back line cover.