England have turned to George Ford to ignite their Guinness Six Nations title defence after restoring him at out-half and moving Owen Farrell to inside centre for Saturday's clash with Italy.

Ford was dropped for the Calcutta Cup debacle against Scotland but is reinstated with Eddie Jones resisting calls to axe Farrell, who disappointed in the 11-6 defeat that opened their Championship.

Ollie Lawrence has been jettisoned from the 23 altogether to make room for Farrell despite having to wait until the 63rd minute to make his first carry against the Scots.

Otherwise the back line remains unchanged and is identical to the one fielded for the Autumn Nations Cup final, when France were edged in sudden death. 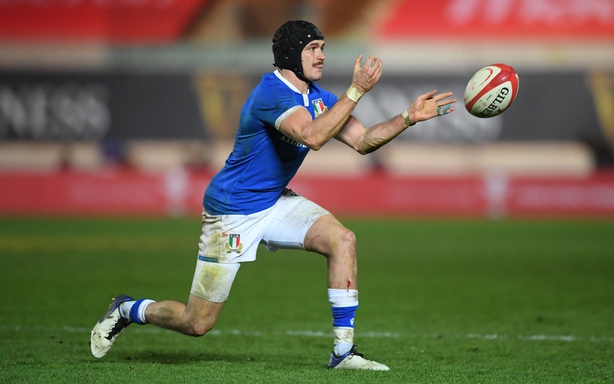 Italy head coach Franco Smith has opted to add more experience to his youthful side after handing starts to centre Carlo Canna [above] and prop Andrea Lovotti.

An injury to Marco Zanon sees Zebre playmaker Canna start at inside centre for his 49th Azzurri appearance, making him the most capped player in the starting lineup for the match at Twickenham.

Juan Ignacio Brex, who made his debut in the 50-10 defeat to France in Rome last weekend, moves to outside centre, while 43-cap loosehead Lovotti starts ahead of Daniele Rimpelli, who drops out of the matchday squad.

On the bench, 60-time Italy international Tommaso Allan comes in with flanker Maxime Mbanda dropping out as Smith changes to a split of five forwards and three backs.

"We will face one of the best teams in the world at an iconic stadium," said Smith.

"We’ve worked hard this week with particular detail on a few factors, with the objective of putting in a high level of performance on Saturday."