Ireland captain Johnny Sexton insists he has never felt under pressure to rush back from a head injury and will not take "stupid" risks due to his family commitments.

Out-half Sexton remains a doubt for Sunday's Guinness Six Nations clash with France after suffering a blow to the head in the weekend defeat to Wales.

The 35-year-old this week became embroiled in a dispute with French neurologist Dr Jean-Francois Chermann regarding his concussion record, before receiving an apology.

He is currently undergoing return-to-play protocols in order to be available for the weekend game in Dublin but is adamant he will not jeopardise his health.

"It will all depend on how I do (in the tests) and how I feel. That gives me confidence and that will give the people close to me confidence," Sexton said.

"That's how it's always been. I've never ever felt any pressure to play after a knock on the head."

Sexton was forced off for the final 10 minutes of the 21-16 loss in Cardiff after being caught by the knee of Wales flanker Justin Tipuric.

Dr Chermann, who treated Sexton during his days with Paris-based club Racing 92, became involved on Tuesday by claiming on French radio that his former patient had suffered around 30 concussions in his career.

However, he retracted the comments on Wednesday after Sexton described them as "inaccurate and highly inappropriate".

While a number of former players have suffered lasting damage, Sexton believes rugby has significantly improved in its treatment of head injuries.

"It's very hard for me because I don't want to go against those guys. But I think the way we're looked after now is very different," said the Leinster man.

"There's always a little bit of contact in training but it's rarely full contact, so we're already reducing all those times.

"Back in the day, after the knock I got on Sunday, maybe I would have been thrown out there and then you're susceptible to something else.

"The way that we're looked after is at the top of sport really, the way rugby is. I feel for the guys, I really do, the guys that are struggling now but I feel good." 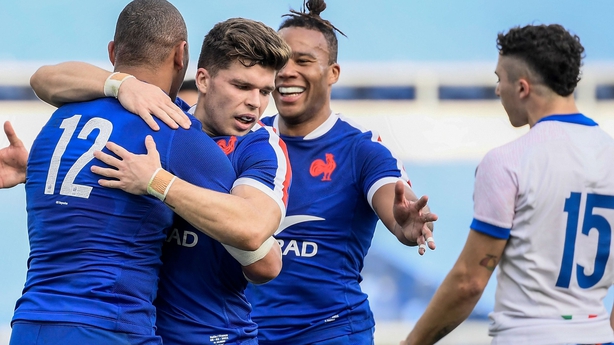 Ireland must beat France to keep alive their hopes of Six Nations glory after the damaging defeat at the Principality Stadium.

"That was our first time playing against that French group and you could see the difference in them compared to French teams over the last number of years that we've played against," said Sexton.

"They're a good team but we had lots of opportunities in that game, in the first half especially. We didn't really play well in the second half of course but in the first half we dominated large parts of the game but just didn't capitalise on our pressure.

"That will be key this week, to make them feel scoreboard pressure by being clinical. That's the main part of it, I think."