Ospreys, who hadn’t won in Ireland since 2016, overcame a 17-5 half-time deficit with three tries in the second period, while Connacht could only add a solitary penalty to their tally in that time.

The losing bonus point was enough to move the Westerners up to second place in Conference B but their chance of overtaking Munster, who are now 11 points clear, in the remaining six rounds appears remote.

"We said at half-time we thought we did really well in the second 20 minutes of the first half.

"To go in 17-5 at half-time, they had a man in the bin, we said the start of the second half is really important.

"Instead of us scoring we gave away a couple of silly penalties and they are touching down six minutes into the second half.

"I don’t know what happened, we took our foot off the pedal. They got momentum, they are a good football side, we knew that.

"We put them in a spot where we needed to close it out and we didn’t. We paid the ultimate penalty." 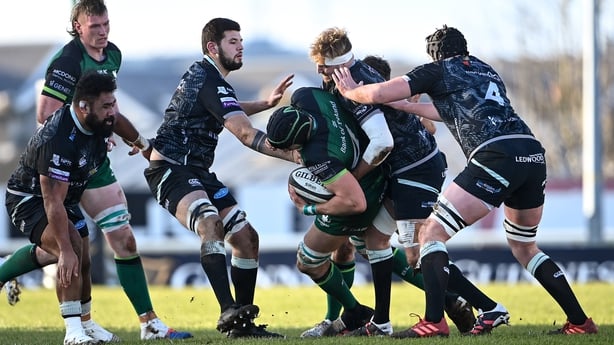 Including the Champions Cup, it’s the fourth defeat on the bounce in Galway for Friend’s side, who take on Dragons in two weeks’ time in their next outing.

"It just seems to be that we can’t win at home," added the Australian.

"It’s something that we pride ourselves on so that’s probably the biggest disappointing thing.

"This should be the place where we play our best footy but it’s not happening. Thankfully the away wins are helping us at the minute.

"We’ve all got something to play for and it’s your own pride. It’s pride in the province and pride in the jersey you’re pulling on.

"We see it in patches but it’s not a full 80 yet. It certainly wasn’t today anyway." 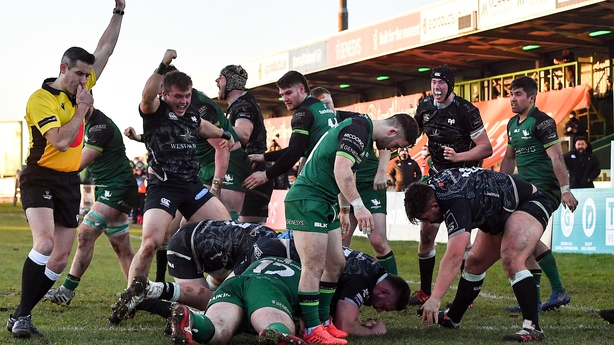 Man of the match Rhys Webb scored two of his side's tries.

The scrum-half, who was not included in the Wales squad for the Six Nations, said: "We were slightly disappointed with the first half but we knew if we stuck to what we were doing and do it well we knew we’d finally get the reward.

"You can’t really control these things [missing out on selection]. For me, I was just happy to be back out on the pitch with the boys, it’s just awesome to get the win."