Johann van Graan said his Munster side were "incredibly frustrated" after failing to take their chances and falling to a fifth straight loss to Leinster.

The Guinness Pro14 champions struck late through a well-worked Jordan Larmour try to deny the hosts at Thomond Park.

Central to the 13-10 outcome was a six-point swing in first-half stoppage time when JJ Hanrahan struck the post with a long-range kick before Johnny Sexton narrowed the deficit to four points with a penalty at the other end.

"The players gave it everything out there, a lot of work-rate, effort and belief," Van Graan told Eirsport.

"It was small margins, that ball hits the post on the stroke of half-time. We didn't convert that opportunity.

"Credit to them, a special try, one of our guys slipped and the bounce goes their way. We came up against the champions tonight and we were literally a penalty away, which is incredibly frustrating. There’s a lot of hurt in the dressing room.

"We put our heart into it and came up short. We hate to lose but we were just one moment short of a victory. Fair play to Leinster." 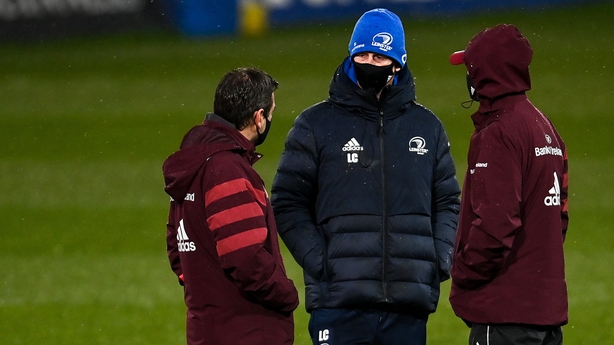 "It took us a while to settle into the game. We had a slow start. We didn’t deal well with some of the aerial challenges and gave Munster a lot of access and territory.

"We only kicked into gear when we were 10 points down. I thought the players held their nerve well and the bench came on and added some good energy as well.

"We are pleased to get the win but it was far from a perfect performance." 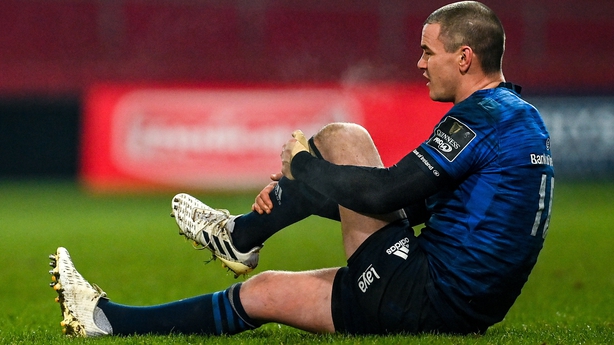 Meanwhile, Cullen said that Sexton was taken off as a precaution.

The Ireland out-half appeared to feel his left hamstring before walking off in the 54th minute at Thomond Park and being replaced by Ross Byrne.

"It was precautionary," said Cullen, quoted in the Irish Daily Mirror. "He'll be in Irish camp next week so he'll be assessed."

Ireland flanker Peter O’Mahony also received treatment on the pitch during the game.

Andy Farrell will name his squad for the Six Nations on Monday with their opening game due to take place on 7 February in Wales.