Another chapter in the Munster-Leinster rivalry will be played out on Saturday evening when the sides meet in their Guinness Pro14 clash at Thomond Park, kick-off 7.35pm.

Leo Cullen's side have had the upper hand in recent seasons, but RTÉ analyst Donal Lenihan feels that Munster, on the back of a decent run of form, can at last get one over their neighbours.

Leinhan outlined his thoughts on the fixture when speaking on RTÉ Radio's Morning Ireland.

"It's warming up for another fantastic fixture," he said.

"Leinster came out on top in the two fixtures last in August and September. It's a rivalry that goes back a long time but Leinster have taken ownership of it.

"Munster have only won one of the last eight games, so from that perspective you would have to say Leinster are favourites. 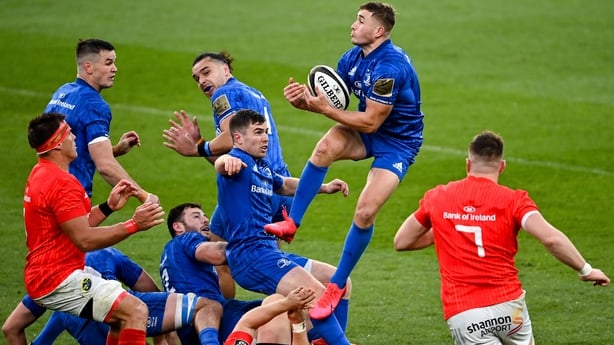 "But this is a different Munster side from the games in August/September. I think the away win in Clermont [in the Champions Cup in December] was a seminal moment, coming back the way they did from being so many points behind.

"There is a lot to play for both teams. If Leinster lose, they are effectively out of the Pro14 running. Munster will relish the chance to kill them off. Ulster will be hoping they can. If Leinster get to semi-finals or finals they are incredibly difficult to beat.

"We are hoping that both teams will be at full strength. Leinster have had the edge in this fixture but the tide is turning a little bit in Munster's confidence. They'll recognise this is a must-win game.

"I'll go for a marginal Munster win, even though their opponents will be difficult to beat given their quality all over the pitch."