The imminent deal between the Six Nations and CVC Capital Partners will deliver a short-term financial benefit - but could endanger the long-term health of the sport, according to Eddie O'Sullivan.

The private equity firm have already taken a 27% stake in Premiership Rugby, a 28% stake in the Pro14 and are now set to acquire 14.5% of the commercial rights for the Six Nations.

The deal, worth €408 million in total, will see the IRFU receive an estimated €56 million. This is a timely financial boost, with the union having announced a deficit of €35.7 million for 2019-20 following the loss of gate receipts from March onwards.

The deal requires ratification by the six unions, with the IRFU still involved in discussions. On Saturday, the French Rugby Federation ratified the deal, with FFR President Bernard Laporte saying it would help federations "develop their economic potential" while retaining "exclusive power to regulate sports practice and organise competitions."

While in the short-term, the deal with provide relief to unions struggling to cope with the effects of the pandemic, former Ireland coach O'Sullivan worries about its long-term impact.

"What they're all happy about at the moment is they're going to get a huge cash injection," former Ireland head coach O'Sullivan told RTÉ's Saturday Sport.

"It looks like the IRFU are in line to get a good chunk of change out of this. It's badly needed at the moment. So, in the short-term it's a plus.

"But the big question with this when the dust settles is what are the long-term effects?

"This money is needed now but it'll probably be spent on current expenditure. The danger is that rugby will be looking for investors in three or four years time and what you could have is control of rugby tournaments going to capitalists.

"Then do we lose control of the game? CVC are in this for profit. It's a big debate. But for the moment, we're happy to get the money and keep the ship afloat."

One of the widely anticipated consequences of the deal is that the Six Nations will slip behind a TV paywall.

CVC's ownership of Formula 1 saw the sport's TV rights sold to Sky, with a resulting sharp dip in viewing figures. In 2016, deputy team principal of Force India Bob Fernley castigated the firm's management of F1, saying, "All their actions have been taken to extract as much money from the sport as possible and put as little in as possible."

O'Sullivan acknowledges that the Six Nations disappearing off free-to-air TV is now "distinctly possible" and spoke of his fears for the "soul" of the sport.

"These investors are looking at it in terms of maximising their investment. We're talking about expanding the game globally, making it accessible to the masses, trying to ring-fence tournaments. But at the end of the day, if it's behind a paywall, we know what happens there. 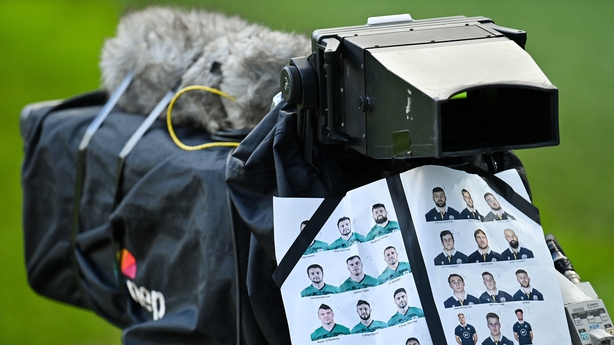 "There was a lot of concern almost a year ago when this was announced but the pandemic has overtaken everything, in terms of trying to survive financially.

"But I would be worried in the long-term about where rugby's soul is going.

"The concern I would have is that it's okay to give away 14.5% (CVC's current stake in the Six Nations) but if we do rounds of fundraising for this every four or five years to bail ourselves out of the financial hole, which rugby has been in for a number of years, then we could lose control of rugby in the next 10-15 years.

"Less people would see it, less kids would get to enjoy it. We lose control to use rugby for the positive benefits for society out of it. It just becomes a complete business from start to finish.

"Can you imagine if the Pro14, the Six Nations, all those games go behind a paywall? In Ireland, that would have a big effect.

"There was an interesting piece today that rugby in Limerick has taken a back-seat to hurling. Because hurling has become the sexy sport in Limerick. That's just a small example.

"That's a danger for rugby. If they lose control of their product, all the goodwill in the world won't save the game.

"It's still a minority game in the world and we're trying to grow it. They're not as far up the hill as they think in terms of that. And for a commercial entity to take over the game will mean rugby will be in a whole new space."