Rugby league player, and captain of Leeds Rhinos, Stevie Ward has been forced to retire at the age of 27 due to concussions he suffered last year, saying he cannot put his health and brain at any further risk.

The loose forward, a two-time Grand Final winner with the Rhinos, has called on the sport to become more proactive in how it protects players to avoid another generation from becoming "guinea pigs" in research.

Ward says he suffers on a daily basis with symptoms caused by the concussions, which occurred on 19 January and 2 February of last year.

"I struggle with migraines, dizziness, motion sickness, sensitivity to light and screens, short-term memory issues, slurred speech, and an inability to exercise or do daily tasks without irritating my symptoms," he said in a statement.

"I love the game of rugby league. I am immensely proud to have competed on some of the biggest stages next to childhood heroes and test myself to the absolute limit while feeling the incredible buzz from the Leeds fans after being one myself as a youngster.

"I thank every player that I have played with and against, and I am especially grateful for the incredible friendships the sport has given me."

Ward said he is not part of the legal action involving former players which law firm Rylands is understood to be preparing, but he said the issue of concussion within the sport needed greater focus. 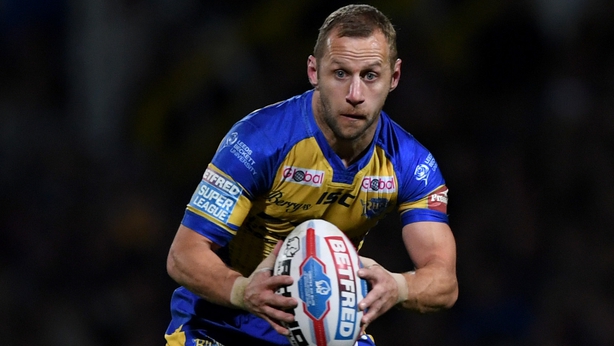 He has already witnessed the impact motor neurone disease has had on his friend and team-mate Rob Burrow (above), and says a more proactive approach is needed.

"On the same day I was told about Rob (Burrow's MND diagnosis) I was made club captain, and I was immensely motivated to do 2020 for Rob and get the Rhinos back to lifting trophies for him.

"I am proud the boys were able to do this, but I feel my purpose for that year took an unexpected direction. It was no longer about lifting trophies for Rob. It is now about having a glimpse into the scary world of neurological impairment and being another voice to help bring about the changes needed.

"With the news about Rob and the current climate of rugby union players, I cannot help but ask the questions that need to be asked.

"I am left motivated to help get our sport to a place where it can ensure the players' long-term safety whilst keeping the beauty and grit of the game."

Rylands has sent a pre-action letter of claim on behalf of nine rugby union players to World Rugby, the Rugby Football Union and the Welsh Rugby Union.

Ward says his sport has to act now to make the sport safer.

"Of course, more research is needed," he said.

"The biggest question is what can be done to make things safer for our players now."

"However, I believe that there is an element of laziness with just making this statement. It is now time to be asking and answering more specific questions.

"What will this research be? How will it be funded? How long will this new research take? And how do we focus our efforts in the meantime?

"The biggest question is what can be done to make things safer for our players now. We need to be more proactive and not rely on another generation of players to be guinea pigs for future research that will take years to give us the answers we need now."

Ward says specialists have told him that in a minority of cases the symptoms he is suffering from never go away, and that he retires "with a dream of being able to live with day-to-day normality again soon".

As well as concentrating on making a full recovery, Ward will also focus on his work with Mantality, which aims to provide assistance to those suffering from mental health problems.

"I have been able to test myself in one of the most competitive and brutal games there is," he said.

"And I have been able to use my platform to raise awareness on the importance of mental health within a macho sport, which historically stigmatised any such talk."