It was another sobering visit to Twickenham for Ireland as Andy Farrell's men were beaten far more comfortably than the final 18-7 scoreline suggests.

The hosts did the damage through a quick-fire first-half double from Jonny May, the second of which saw the England wing go the length of the pitch from a wasted Ireland lineout.

The set-piece was a problem for Ireland throughout, but the real story of this match was how Ireland struggled to make any headway against a resilient England defence.

Eddie Jones’ side were far from their best this evening, but they never looked like losing this one against an Ireland team who looked short of answers as England flew off the line and made their tackles count.

Here’s how we rated Farrell’s players on a difficult day in Twickenham.

Retained at full-back ahead of the fit again Jacob Stockdale. Beaten in the air by May for England’s opening try, but generally coped well under huge pressure throughout.

One of Ireland’s brighter sparks, Keenan shipped some huge tackles and tried to make things happen in possession.

First international start since last year’s World Cup. Looked lively in early stages and his great break on 30 minutes was the only bit of flair in a difficult first half for Ireland. Tried to make himself an option for teammates but influence faded in the second half.

Burned by May for England's second try but pace isn’t his game. Farrell will be more concerned that the Munster man didn’t provide the physicality needed from him in the midfield battle.

Initial post-game stats have him down for 14 carries, making just five metres. Held up over the line after doing well to get on the end of Ross Byrne’s kick-through in second half.

One of the few players who looked capable of dealing with England’s physicality but never really made it count. Caught out of possession for May’s second try and didn’t get the go-forward we’ve come to expect.

Was never going to get the time and space afforded against Wales but could hardly get a sniff of the ball for large periods of the game. Couldn’t put May over the line for England’s first try.

Left boot put to good use with some decent kicks in second half but his running game never got going.

Winning only his second Test start, the last of which came in a 57-15 hiding at Twickenham in August 2019. This wasn’t much prettier, and he’ll take much of the responsibility for Ireland’s limited attacking game.

Played deep and was nowhere near as influential as his team needed him to be. 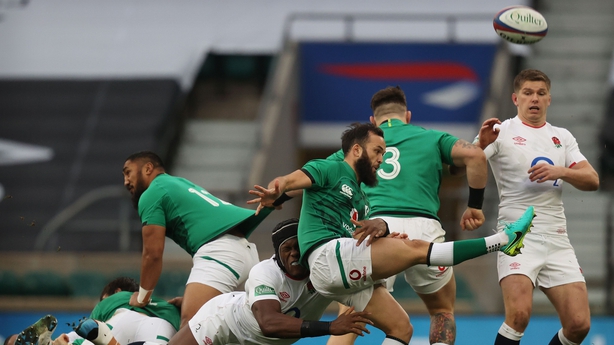 Lucky to not give away a try when caught by Sam Underhill in trying to run the ball from deep just before half-time. Did his best to move the ball quickly at the breakdown but decision making let him down too often, as did his kicking game.

Massive defensive effort in first half and solid under big pressure in the scrum. Kept at it in second half but like most of teammates, found himself carrying into brick walls.

Struggled at the lineout from the very start and things didn’t get much better for him, missing Peter O’Mahony with the throw that led to May’s second try.

Put in some big tackles and worked hard but won’t enjoy Monday’s video review as his lineout work was all over the place. A game he’ll want to quickly put behind him.

Having demolished the Wales scrum last week this was a much tougher outing for Porter. Never let up in a tireless 80 minute performance but couldn't get the upper hand in the scrum.

Sufficiently impressed against Wales to keep his place over the fit again Iain Henderson but struggled against a much more physical England pack.

Gifted England three points by giving away  a needless penalty early in the second half.

His first time leading Ireland out as captain, Ryan had his hands full all evening and couldn’t get the better of Maro Itoje at the lineout. Made some big carries and hit another gear in the second half but will be hugely frustrated with how the lineout went.

Back in the team for Will Connors but failed to put his stamp on the game in a remarkably quiet outing by his standards. Saved a first-half try but no surprise to see him called ashore in second half. It just wasn’t happening for him today.

Huge engine, beating all of teammates in the footrace back to stop May’s second try and some impressive flashes of quick-thinking in possession. Put in a typically hard-working shift and led by example with little reward.

Getting some tough lessons in his early days as a Test rugby player. Magnificent last week but nowhere near as influential this time out. Can’t be faulted for effort and kept at it but was swallowed up by England’s forwards - making just 11 metres off 13 carries- who would have identified him as one of Ireland’s key men. 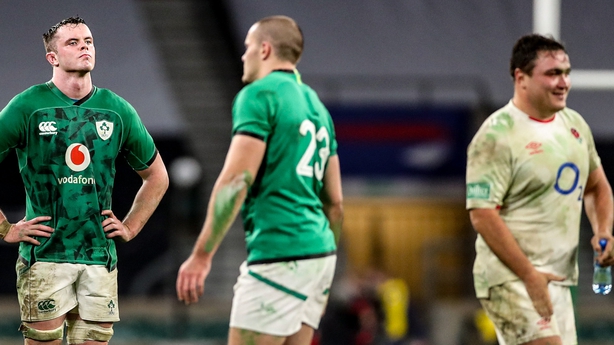 Enjoyed more success at the lineout than Kelleher without fully convincing.

Not much he could do as England saw the game out.

Made a difference after being introduced for Quinn Roux despite sloppy penalty for knock-on.

Hit his tackles but will have wanted to have made a bigger impact.

Looked bright and his perfectly measured kick behind led to Stockdale try.

Ran a good line for late try and finished well. 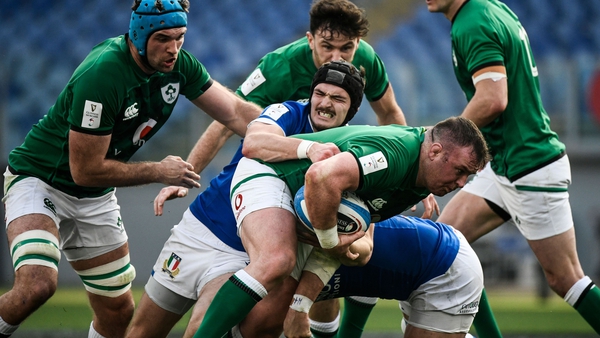 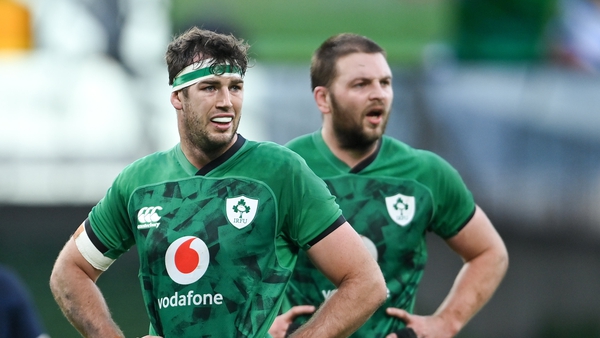 Player Ratings: Doris' day as Ireland sign off with win 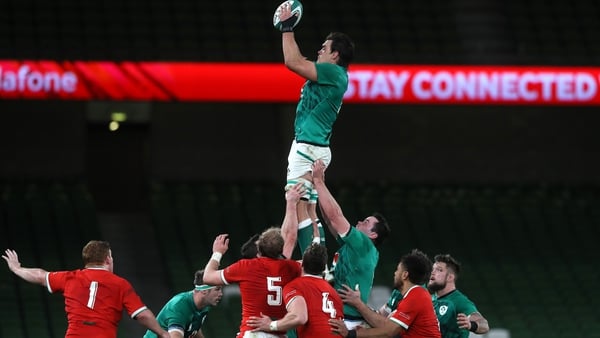 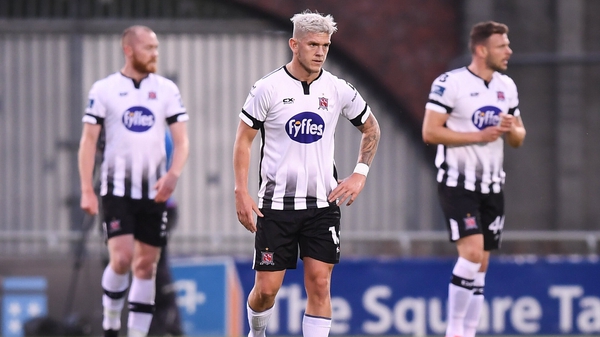