Ireland head coach Andy Farrell says he is proud of his players despite a comprehensive defeat to England at Twickenham in the Autumn Nations Cup.

While the scoreboard saw Ireland fall 11 points short in an 18-7 loss, it did not represent the full scale of the English dominance of the contest, prior to a late rally which resulted in a try for Jacob Stockdale.

But speaking after the game, Farrell felt England's cohesion was a key factor in the outcome.

"We played against a really good side tonight and obviously, there's a lot of cohesion within their side. They have been together for a long time and been through a lot together and we're on a different journey.

"Of course, there are plenty of things we can mull over and get better at but the spirit and fight was there for all to see."

He added that "some of the boys became men tonight" on the Irish side and felt they "won the second half".

"When we generated quick ball, we did look dangerous at times," Farrell added.

"We obviously had some pretty key moments in the first half there and two breakaway tries from nothing [from England], absolutely nothing and we went in at half-time chasing our tail."

Meanwhile, Irish captain on the day James Ryan expressed disappointment at the overall display, especially from the line-out which was an area the Irish side struggled with at times.

"We weren't clinical enough and our set piece probably let us down at crucial moments and they scored at times off those moments that we didn't quite take," said the Leinster second row, adding that he was "gutted".

"We didn't quite nail our roles. It's never any one person's fault. It's a collection of things." 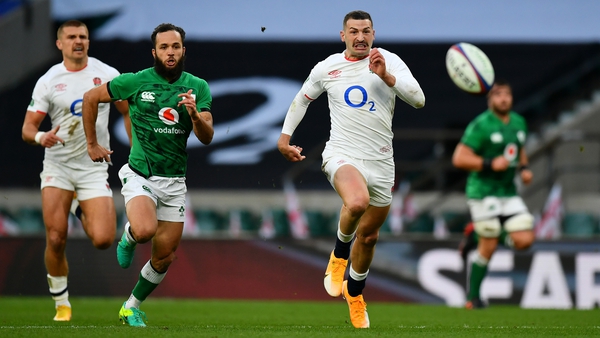