Eddie Jones' jibes will be like "water off a duck's back" for Ireland, according to Donal Lenihan.

The England head coach was in typically mischievous form in his pre-match comments with pointed references to Ireland's selection of players born in the southern hemisphere, Andrew Porter's scrummaging and questioning the ability of Andy Farrell's side to dominate his team.

"It's typical Eddie Jones, he likes to fire those bullets in advance of games like this," he said.

"He's been doing it for a long time but I think that's water off a duck's back to the Irish squad.

"There's no doubt this game is the biggest challenge of their autumn series.

"But you look at the team Andy Farrell has picked and I think he's looking at it more as sort of a fact-finding mission so far really."

One concern for Ireland is the relative inexperience between their starting half-back partnership in comparison to the options England have.

"That's going to be a massive test. Just looking at the stats there, Ross Byrne and Jamison Gibson-Park, they have 11 caps between them," said Lenihan.

"Ben Youngs and Owen Farrell opposite them have 186. The difference there is telling.

"It's a tough one for Ross Byrne. He made his international debut in the World Cup warm-up against England in Twickenham and it was a very sad day. 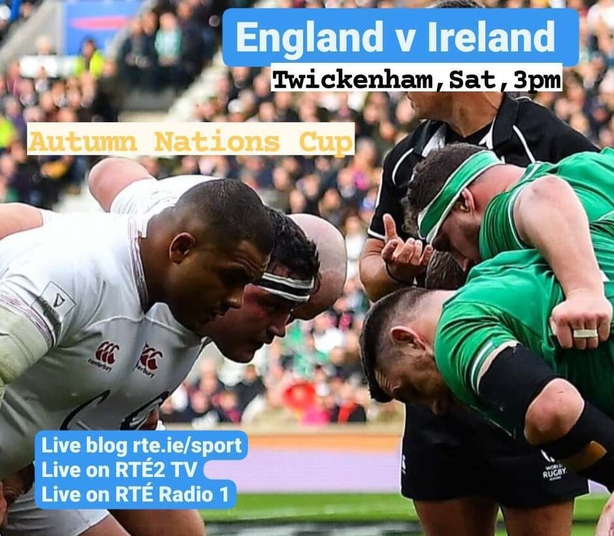 "It cost him his place in the World Cup squad but he's a resilient guy. I welcome the fact that he has been given his opportunity

"I think this whole autumn series is about unearthing new talent, seeing if they have the capacity to play against teams of the quality of England.

"Let's face it. On paper, England are so much stronger and they have 11 of the side that started the World Cup final with seven of those in the pack, whereas Ireland only retain five starters from the Six Nations game there last March."