Dan Leavy will make his first start since March 2019 for Leinster against Edinburgh Rugby in the Pro14 clash in the RDS Arena on Monday.

Rhys Ruddock will captain the side again from number eight and he will be joined in the back row by Leav.

Ryan Baird has also returned from an adductor injury to take his place on the bench.

There are also three players from the Leinster Rugby Academy in the match day 23.

It's as you were last week in the back three with Jimmy O'Brien at full-back, Cian Kelleher on the right wing and Dave Kearney on the left wing.

It's a new centre pairing though with both Tommy O'Brien and Rory O'Loughlin missing out through injury so Ciarán Frawley is joined by academy back Liam Turner in the centre.

Luke McGrath and Harry Byrne are again in the half-backs together.

In the pack it's a front row of Peter Dooley, James Tracy and Michael Bent, while in the second row Devin Toner is joined by Scott Fardy.

Finally in the back row Ruddock and Leavy are joined by Scott Penny. Kick-off is 8.15pm. 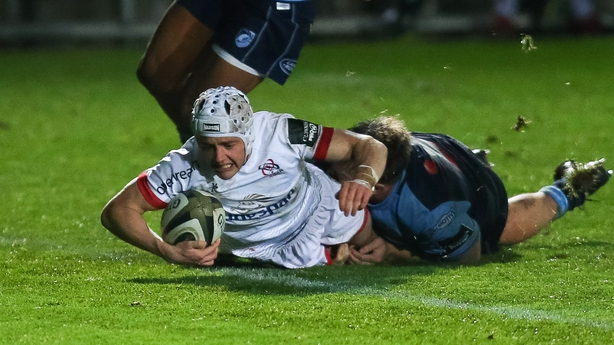 Ehan McIlroy will make his first start for Ulster in the team to face Zebre at Stadio Sergio Lanfranchi on Monday at 6pm.

Marcell Coetzee will make his 50th appearance for the Ulster men, as he is named in the starting back row alongside Greg Jones – making his first start this season – and Jordi Murphy.

The starting front row of Eric O’Sullivan, John Andrew and Marty Moore from last week versus Glasgow is retained. Alan O’Connor returns to the starting line-up and will partner Sam Carter who captains the side from the second row.

McIlroy is handed his first start for Ulster on the left wing and is joined by Craig Gilroy on the right wing and Michael Lowry at full-back.