One of the most intriguing areas of interest for Irish supporters on Friday night in the Autumn Nations Cup will surely be a new-look Test midfield.

Head coach Andy Farrell has made a number of personnel changes to the side that ended the Six Nations season with defeat to France, and is likely to experiment with fresh faces and combinations over the course of the coming weeks.

First up is the visit of Wales. While there are seven changes in personnel from Paris, just two of them are in the backs. Jamison Gibson-Park gets his first start in a green jersey at scrum-half, while the other sees Chris Farrell earn just his 11th cap in midfield.

A second-half substitute against the French, Farrell lines out alongside Robbie Henshaw. Given the competition at centre - Bundee Aki is among the replacements while Garry Ringrose suffered a broken jaw against Italy - it is somewhat surprising that it marks the first time the pair are in situ at senior level

"It's the first time I’ve played with Robbie in a while," said Farrell, recalling that their last outing together was for Ireland Under-18s against Scotland.

"It’s the first time we’ll have a chance to show what we can do as a partnership. We’ll work hard and scramble for each other when we have to. Looking forward to that." 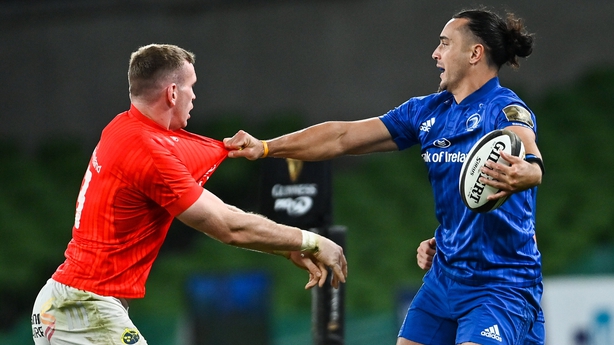 The main talking point as far as team selection goes is the inclusion of the recently qualified James Lowe.

Head coach Farrell said the "extra dimension" the exciting Kiwi can being in attack has paved the way for his starting spot, and he has been busy integrating himself into the new set-up at Carton House.

Farrell says getting to know his provincial rival away from the pitch has altered his perception of Lowe, and is much happier having him by his side than in direct opposition.

"When you play against someone, the perception you might have of them is always very different to the people that are teammates with him and know him personally.

"He has that fiery edge.

"When you play against Bundee Aki at Connacht, it’s the same with him too. He has that fiery edge that when you’re playing against him, you’re thinking, 'Jeez, I don’t know if I like this fella’.

"But whenever you get on the same side as him, he’s exactly what you want. 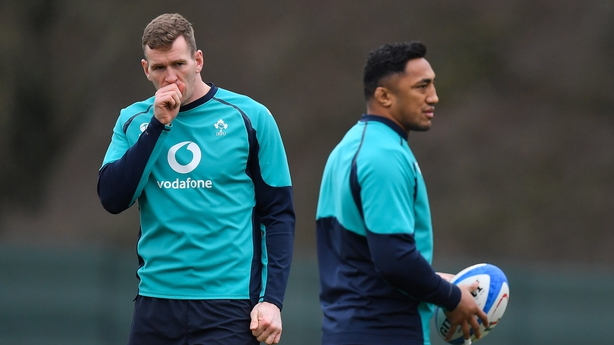 "That’s why he’s so valued by his teammates at Leinster - and at Connacht with Bundee - they bring an edge to the provinces that is valued as they’re so, so competitive and combative.

Follow Ireland v Wales on Friday (kick-off 7pm) via the liveblog on RTÉ.ie/Sport and the News Now App, live coverage on RTÉ2 or listen to live match commentary on RTÉ Radio 1. 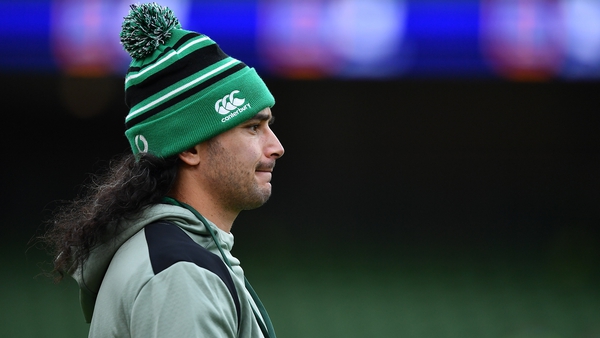