Munster maintained their unbeaten record in this season's Guinness Pro14 league as they beat the Dragons at Rodney Parade.

Two tries from full-back Matt Gallagher and one by wing Calvin Nash, along with three penalties and two conversions from out-half JJ Hanrahan, were enough to keep Munster top of Conference B.

The home side's points came from outside-half Sam Davies with a try and two penalties, plus a try from lock Matthew Screech on his 50th appearance for the Welsh region.

Dragons were briefly ahead when Davies landed an early penalty but, from then on, Munster dominated vast periods of the game.

Johann van Graan's charges, who had beaten Cardiff Blues 38-27 the previous week, put the home side under pressure for the opening 25 minutes and notched up 18 points in the process. 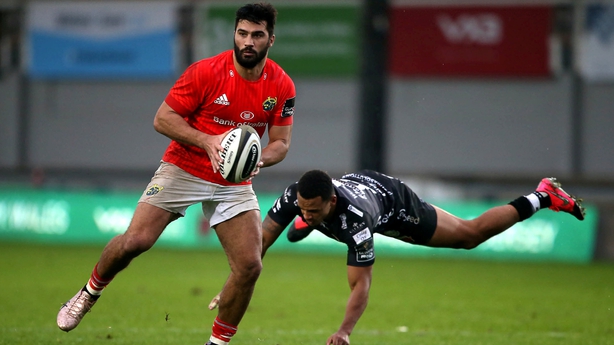 Hanrahan booted a simple penalty from 30 metres out to level matters before Gallagher was put away by flanker John Hodnett with a slight of hand in the right corner.

It came a few moments after a blistering dash into the Dragons 22 from scrum-half Craig Casey.

Another Hanrahan penalty and a conversion of Nash's touchdown, which came when wing Darren Sweetnam caught a kick to the left and popped the pass to his team-mate, had Munster well clear.

But the Dragons, who had won one of their three Conference A matches this season, against Italians Zebre, found something in their locker and managed a touchdown before half-time.

Captain Williams, with a penalty advantage, lifted a kick close to the Munster line over the defence. Lewis challenged Hanrahan for the ball but, when it ran loose inside the Irish try area, Davies pounced.

A second Davies penalty, conceded 25 metres out by Munster number eight Gavin Coombes who was deliberately offside, chipped the Dragons deficit down to seven points.

But Munster increased their lead again when Hanrahan booted a penalty, seconds after a skilful pass behind his back from hooker Kevin O'Byrne to Nash.

Sweetnam thought he had scored twice only for both his touchdowns to be ruled out by TMO Jon Mason for infringements. 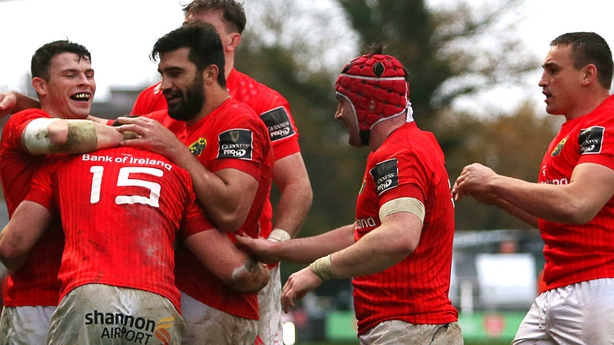 Munster's relentless possession and territorial advantage, coupled with the Dragons errors when they had a foothold in the opposition half, saw the Irishmen comfortably keep the home side at bay.

Finally, Munster crossed for a third try which sealed the match as attacking line-out ball was whisked across the back division. Casey, Hanrahan and centre Damian de Allende put Gallagher in for his second of the match.

Screech's last-minute try was nothing more than a consolation for the beaten Dragons.