Live blog on RTÉ.ie and the RTÉ News App from 6pm.

Live coverage on RTÉ2 and the RTÉ Player from 6pm.

There'll be some autumnal sunshine in Dublin, albeit with a few scattered, blustery showers. Expect highest temperatures of 10 to 12 degrees Celsius and fresh south to southwest winds.

WHAT, WHERE AND WHY? 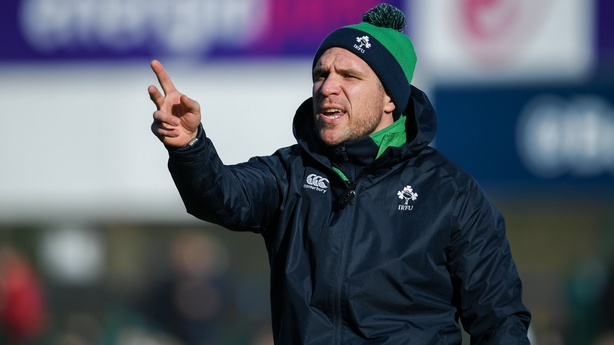 It's Ireland versus Italy in Donnybrook as the postponed Women's Six Nations finally resumes.

Eight months and one day after going down 27-0 to England at Castle Park in Doncaster, Adam Griggs' side get the chance to bounce back, with a few new faces coming in to stake their claim.

There's seven changes to the team, though two of those are enforced. Eimear Considine and Laura Feely are both out after an inconclusive test result on one player and a resultant potential close contact with two other players, one of which is not in the matchday selection but is part of the wider squad.

That player later tested negative and the pair will be back for the final match against France.

Laura Sheehan comes into the back three, with Lauren Delany moving from right wing to full-back in place of Considine.

Dorothy Wall will make her first start for the Ireland, while uncapped trio Neve Jones, Katie O'Dwyer, and Brittany Hogan are all on the bench.

"I think the beauty of what we've got now is such a competitive wider squad and some of those selections weren't as straightforward as you think," said Griggs.

"Some of those players who've missed out can take credit for how hard they've pushed these girls."

THE LIE OF THE LAND

Ireland had two wins from two before they ran into England back in February.

An 18-14 home defeat of Scotland was followed up by an impressive 31-12 bonus-point victory against Wales in difficult weather conditions. The IRFU issued an apology to the Welsh after that clash over a lack of available hot water. There had been an issue with the water heater in the away changing room.

The subsequent trip to Doncaster brought Ireland back down to earth but the visitors did take away some positives from it.

They conceded only one try in the second half to an imperious English side who are heading for their second Grand Slam on the bounce. Griggs' charges showed admirable resilience when it seemed like their hosts were looking to match their 53-0 mauling of Scotland.

If they can get past the Italians on Saturday evening, then Ireland will travel to Stadium Lille Metropole on 1 November to face France with a top-two finish up for grabs. That would represent a major leap forward from last year's fourth-placed finish, when the Irish only won once all spring.

KEY WARRIORS BACK AFTER DIFFICULT PERIOD 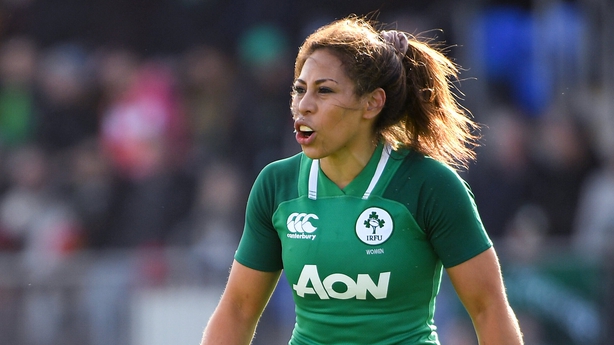 There were casualties from the England game.

Lindsay Peat suffered what looked like a nasty ankle injury and Sene Naoupu left the field on a stretcher. Naoupu was later sent for an MRI scan which revealed a tumour in her neck. The tumour was successfully removed after surgery in July but it's been a difficult time for the centre.

"Absolutely scary," Griggs said Naoupu's ordeal. "It's funny the way the world works. She picks up a rugby injury but finds something else.

"At the end of the day, we're grateful that it was found early and she was able to have the procedure that she had and, along with Lindsay Peat, was quite lucky with the break in rugby due to the pandemic. It's really afforded them the time to recover, so it's just one of those things."

It's a significant boost to have them back, with Beibhinn Parsons' availability another welcome lift. The teenager made an explosive start to the championship, scoring brilliant tries against the Scots and Welsh, but it looked like her involvement would be cut short by her need to study for the Leaving Cert mocks.

The coronavirus-enforced delay means Parsons is back in the frame and hungry to pick up where she left off.

Italy have also been given good news ahead of this meeting. Their captain Manuela Furlan is back after an 18-month absence due to a bad shoulder injury. The full-back will bring experience and presence to the table.

"I really missed training with the girls," she said. "The truth is that just when you find yourself back with them you realise how much you have missed them.

"I found the group united and the enthusiasm is sky high. We can't wait to take the field."