As the return of rugby loomed, James Ryan's availability for the resumption of the Guinness Six Nations had been in doubt.

The Leinster second row suffered a shoulder injury and subsequently underwent a procedure as confirmed by his province in early August.

The prognosis was a lay-off of potentially up to three months. But fortunately for Ryan, he recovered in time to be able to start against Ulster in the Guinness Pro14 final the following month.

With plenty of game time under his belt in the interim, he is in line to start for Ireland against Italy on Saturday in round four of the truncated 2020 Six Nations.

Ryan suggested that he had no concerns about being able to return to fitness in time for international duty.

"Firstly, I was in very good hands so I was pretty confident we could get a pretty good timeline recovery wise," he said.

"I had access to top class rehab coaches and they're the kind of things that help those turnarounds go from 12 weeks to nine or 10 weeks. So I was pretty confident from the start." 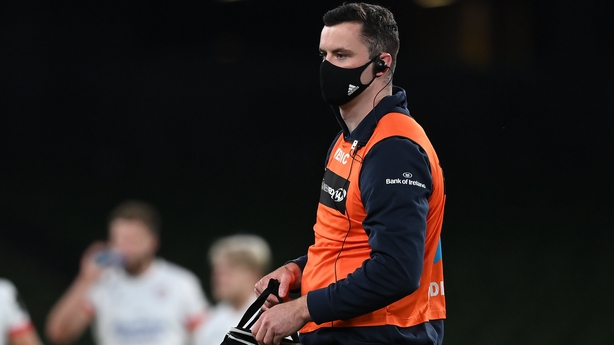 Ryan has felt a "buzz" in camp since the squad came together last week in preparation for the return of international rugby.

"There's been a lot of excitement and a lot of credit must go to firstly the provinces for the rigorous protocol and testing that goes on and since we've come in, it's probably even another step up in that regard," he said.

And the 24-year-old stressed the importance of entertaining fans watching from home amid the impact of the pandemic.

"It's a very tough time for the country. Many people have lost jobs and we're very lucky to be able to carry out our duties, so if we're able to brighten up somebody's afternoon or a family's afternoon by some of the performances that we put in over the next couple of weeks, then that's brilliant for us."

He added that not having the injured Iain Henderson alongside him in the second row "will be a loss" but is confident that Ireland are "well stocked in the lock position".

"Between Ultan Dillane, Tadhg Beirne and Quinn Roux, we've definitely got cover there and they all add something a bit different," Ryan added.