For the second week running, Munster left it late to snatch victory in the Guinness Pro14, with Edinburgh the victims this week at Thomond Park in a 25-23 defeat.

Healy continued his rich vein of form as he also kicked six penalties in the narrow victory.

Two of those put Munster into an early 6-0 lead but the visitors edged ahead when Mark Bennett found a gap to touch down and Jaco van der Walt landed the conversion.

Healy edged Munster back in front with another penalty but WP Nel got in for Edinburgh's second try of the night with Van der Walt again nailing the conversion.

Another Healy penalty meant that Munster were only trailing 14-12 at the break although Van der Walt landed a penalty of his own to push the visitors five points clear after 49 minutes.

Two penalties from Healy and one from Edinburgh's Bennett left the Scottish outfit 20-18 ahead moving into the closing stages and when Van der Walt landed another penalty the away side looked good for the points.

But Munster showed great patience to create the opportunity for Stander's try with the in-form Healy keeping his cool to earn another late win with the conversion. 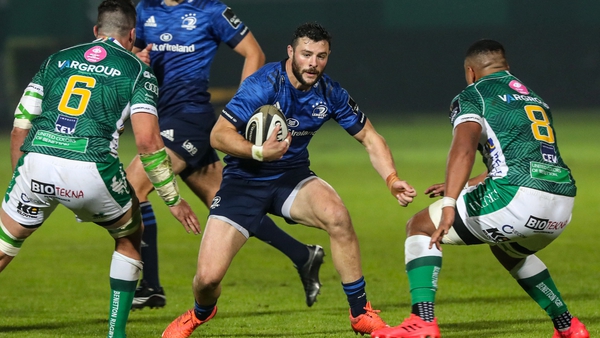