England have named 12 uncapped players in a squad of 28 that will take part in a three-day training camp in London this week.

Some of Eddie Jones' biggest names are present such as Owen Farrell, Billy Vunipola and Elliot Daly following Saracens' relegation from the Gallagher Premiership, but four players are appearing in a senior squad for the first time.

England face the Barbarians in an uncapped international at Twickenham on 25 October and then head to Rome to complete their interrupted 2020 Six Nations six days later, before competing in the Autumn Nations Cup.

Jones has been unable to select from six clubs because of this weekend's Premiership play-offs - the top four of Exeter, Wasps, Bristol and Bath plus Sale and Worcester, whose final-round match was postponed until Wednesday because of an outbreak of coronavirus at the Sharks.

"Our preparation to build the team for the Italy game starts now," Jones said.

"We have a three-day camp this week and another one next week, then we're into the week of our Quilter Cup match against the Barbarians.

"We'll be slowly building up, working on the basics and working on team cohesion. This autumn we want to play for the fans and give them something to smile about." 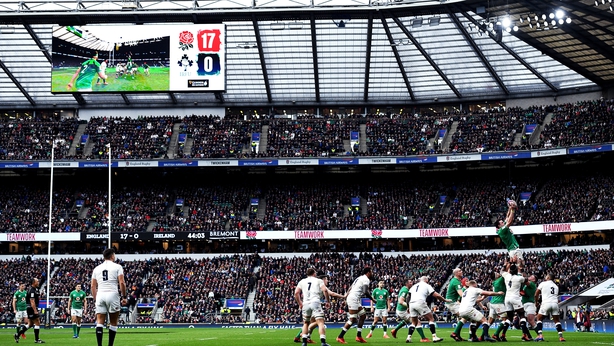 Meanwhile, Worcester boss Alan Solomons says a decision must be made "in the best interests of players, staff and families" about whether Wednesday's delayed game against Sale Sharks goes ahead.

The Rugby Football Union, Premiership Rugby and Public Health England are all involved in that process after 16 Sale players and three staff members tested positive for coronavirus.

The game should have taken place on Sunday, but Sale must undergo additional testing overseen by PHE and an independent audit of their track and trace processes before the match can be staged.

Solomons said: "That decision is taken purely in what is in the best interests of players, staff and families.

"This is a major decision. It is certainly a red flag to have 19 people test positive."

Sale need a bonus-point victory over Worcester to book a Premiership play-off appointment with Wasps next weekend.

If they win without a bonus, it will be Exeter away, and should they lose, then Sale are out and Bath progress.

Warriors rugby director Solomons added: "The north of England is an area where the virus is on the increase.

"There are the circumstances there with a definitive cluster of 19 people, second wave, and they need to take a decision.

"It is their decision, and they bear the consequences of those decisions."