Ireland out-half Johnny Sexton lasted just 23 minutes of Leinster's opening Guinness Pro14 game of the season as they beat Dragons 35-5 at the RDS.

The Leinster captain was seen applying ice to his hamstring afterwards.

The extent of the injury was not immediately known but with Ireland due to resume Six Nations duty against Italy in three weeks' time, the 35-year may face a fitness race in order to line out at the Aviva.

Tries from Garry Ringrose, Jordan Larmour, James Lowe (2) and Ryan Baird ensured the champions got off to a winning start.

Jamison Gibson-Park's short ruck pass put Ringrose over near the right corner in the 16th minute, following a Lowe break. Leinster had been playing an advantage for Jamie Roberts' high tackle on Tommy O'Brien and the Wales veteran was sin-binned before Sexton converted. 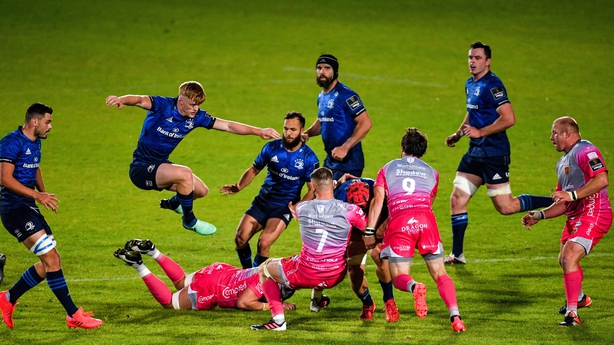 On the half-hour mark, Ringrose's incisive midfield run drew in the defence and simple hands out to the left supplied Lowe for his 38th try in 58 provincial appearances.

Ringrose and replacement Ross Byrne joined Sexton in pinging over pinpoint conversions from out wide, but Dragons showed some promise before half-time.

Set up by Jonah Holmes' break, Davies lost his footing at the crucial moment and was turned over in the Leinster 22.

Dean Ryan's men improved again early in the second period, although Lowe managed to barge over from Ringrose's long pass.

Hewitt responded on the hour mark with a terrific diving finish in the left corner, the build-up seeing Roberts and Nick Tompkins both cause some damage. 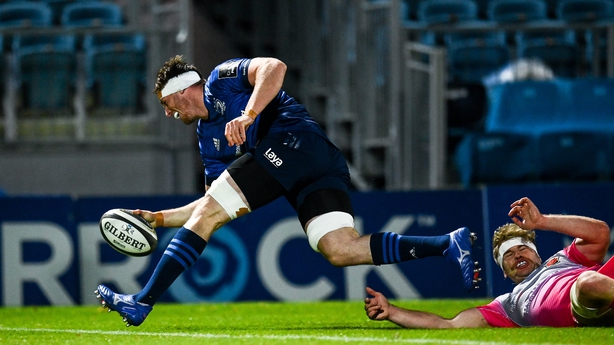 Even though a bout of Dragons pressure landed Rhys Ruddock in the bin, Richard Hibbard's crooked lineout ruined their hopes for a late consolation score.

At the other end, Keenan missed out on a try with a foot in touch due to Josh Lewis' cover tackle.