Leinster became the first ever Guinness PRO14 three-in-a-row champions after breaking free of Ulster in the second half to record a 27-5 final win at the Aviva Stadium.

With a crunch Heineken Champions Cup quarter-final against Saracens just a week away, captain Jonathan Sexton was benched up to the hour mark as Ross Byrne kicked Leinster into a 10-5 half-time lead following tries from James Hume and James Lowe.

Former All Black Alby Mathewson was to the fore of Ulster’s determined challenge but Leo Cullen’s men duly completed an unbeaten Pro14 season and extended their winning streak to 25 matches.

Ulster had the dream start when Hume scored a try out of nothing after just three minutes, leaving Ronan Kelleher for dust and then driving through the gap to touch down.

But that was the first and last time they troubled the scoreboard as the Leinster machine ground into action and Ulster had no answer.

Lowe went over for Leinster's first try to draw the sides level and when Ross Byrne drilled a tricky conversion, Leinster took a lead they would not relinquish, 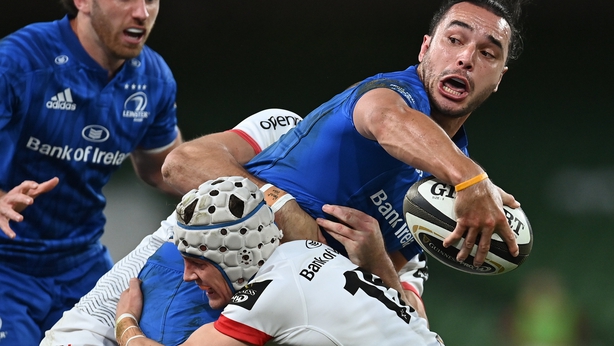 Ulster did manage to stay in touch until half-time at least with an 27th minute penalty from Byrne the only thing that extended Leinster's lead as they went into the break leading 10-5.

However, the game got away from Ulster within a two-minute spell just after the restart.

Ill-discipline from Ulster saw Ross Byrne extend their lead with a penalty after Sean Reidy tackled Gary Ringrose off the ball and a minute later Leinster had their second try.

It was another individual mistake from an Ulster player when Billy Burns tried to force a pass that just wasn't on and Robbie Henshaw was able to intercept and sprint clear before touching down under the posts. Byrne added the extras.

Ulster kept plugging away gamely but time and again were unable to find their way past the blue wall of the Leinster defence and, after soaking up pressure for so long, the defending champions made sure of the game and the silverware with a late try. 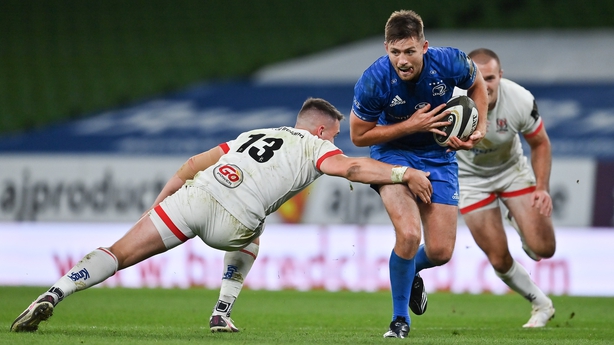 With seven minutes left on the clock, Leinster patiently went the phases near the Ulster line, waiting for the opening to come and working it centrally before Caelan Doris bashed through two tackles to score under the posts.

Johnny Sexton, who had been introduced for the final 20 minutes, nailed the conversion.

It was Leinster's 17th game of the abridged Pro14 season and their 17th victory. Saracens, the last team to defeat them 16 months ago, await in the Champions Cup quarter-finals with the prospect of a perfect season still alive.

Ulster must try to regroup for their trip to Toulouse next week.