Ulster will have to dig deep to upset Leinster in tonight's Guinness Pro14 final but it can be done, according to Bernard Jackman.

The reasons why holders Leinster, on a 22-game winning streak this season, might come unstuck are not apparent but former Leinster and Ireland prop Jackman believes it would be foolish to write Dan McFarland’s team off completely.

Ulster, who along with tonight’s opponents have reached the knockout stages of the Heineken Champions Cup, stumbled into the semi-finals with poor showings against Connacht and Leinster at the Aviva but overcame a 12-point deficit to beat Edinburgh last weekend.

Some bookmakers have Leinster as 11-point favourites.

"If you think back to pre-lockdown Ulster were looking like they were serious contenders to go head-to-head with any team," the former Grenoble and Dragons boss told the RTÉ Rugby podcast.

"They might not have the strength in depth that Leinster have but they have a very strong team.

"The advantage they have is that they play more [together] than Leinster.

"To beat Leinster you have to take risks and while they were worried about their form in the first two rounds [after the restart] and the first half against Edinburgh was also poor, that last 20 minutes will give them massive confidence and they’ll feel they’ve found their mojo.

"The bench coming on [turned the tide] and that’s great for team spirit. You need a good bench. The first choice XV aren’t going to win it.

"[Marcel] Coetzee and [Stuart] McCloskey are capable of having big games and getting their hands free and putting someone else away.

"On form, Leinster are hot favourites but Ulster can make a contest of it."

While the teams meet each other regularly, Jackman said that it’s difficult to just look back on regular-season games for instruction as the respective coaches tend to mix up their team selections depending on whether the game is home or away, and IRFU player-management also curtails the involvement of certain frontliners.

However, the two former European Cup winners also met in last season’s Champions Cup quarter-final and it’s a game many felt Ulster left behind them, losing 21-18.

"They played and they put a lot of pressure on Leinster’s kicking game," said Jackman, a 2009 Heineken Cup winner with the Blues.

"[Garry] Ringrose got blocked down for a try for [Kieran] Treadwell, [Jacob] Stockdale dropped the ball over the line but it was off a really positive play.

"Their forward runners played really hard inside the third defender so [scrum-half John] Cooney was having a little pick and go himself.

"He had the likes of Coetzee and Treadwell and Eric O’Sullivan coming hard off his shoulder at that second defender from Leinster, whereas most teams try and run at the third or fourth defender and open up the blindside.

"They varied their game and it troubled Leinster.

"Ulster have four or five game-breakers who could definitely have an impact on the game."

Follow the Pro14 final between Leinster and Ulster Munster (7.35pm) with our live blog on RTÉ Sport Online and the RTÉ News app or listen to live commentary on RTÉ Radio 1. 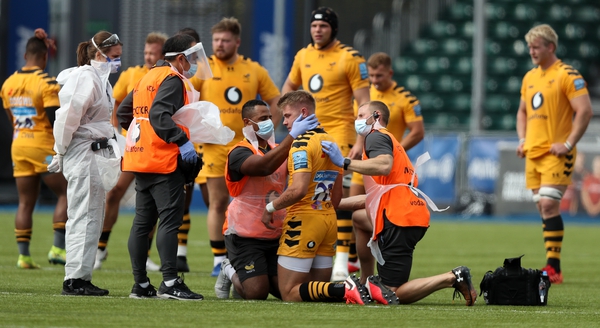