Following an 'ugly contest' against arch rivals Munster, Leinster head coach Leo Cullen was pleased to book a place in the Guinness Pro14 final for a third year running.

Pro14 champions for the past two seasons, Leinster claimed a workmanlike 13-3 semi-final victory at the Aviva Stadium thanks to Ronan Kelleher’s first-half maul try and eight points from the boot of captain Jonathan Sexton.

Despite admitting it was a far from vintage performance by his side, Cullen’s charges can now look forward to a final showdown with either Edinburgh or Ulster next Saturday.

"The match itself I thought was pretty brutal," said Cullen afterwards. "You’ve got to be very accurate against a team when all they want to do is box kick and apply that pressure game.

"It wasn’t a great spectacle out there. A semi-final for us is about getting through to a final.

"For some of our guys there, it’s the second game of the season, off the back of five or six months off.

"We’re through to the next round. Pretty ugly stuff, ugly contest but we’re through. Munster probably missed a couple of chances in the game. 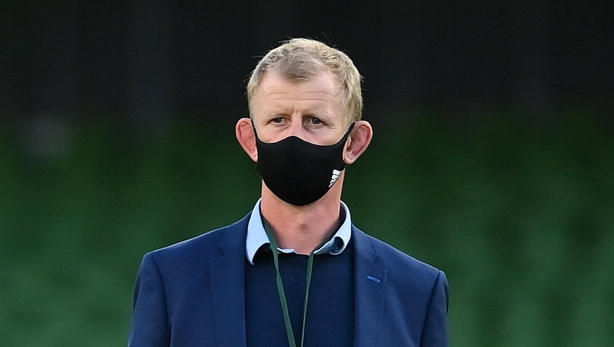 On a night that saw Leinster register their 24th win in a row, stretching back to last May, Cullen reserved special praise for busy back rower Caelan Doris, the 22-year-old player of the match.

"Caelan was really good," said Cullen. "Dynamic in the carry and really hungry for work. It was pleasing for Caelan. Still a young player coming through. He has come back with the bit between his teeth, so to speak.

"It was a good performance from him, I thought, against a good quality back row from Munster."

Reflecting on a deflating fifth straight semi-final defeat in all competitions, Munster head coach Johann Van Graan identified some wasted opportunities – most notably a brace of missed second-half penalties by JJ Hanrahan, their only scorer on the night – as crucial factors in their eventual downfall.

"You get limited opportunities in a semi-final and we didn't convert our opportunities," admitted the South African. "As a group, we win together and we lose together. We’ll take those penalties as a group.

"I felt we built a lot of pressure between the 50th and the 65th minutes. We didn’t convert those chances and then Leinster went down the other side of the pitch and went 13-3 up." 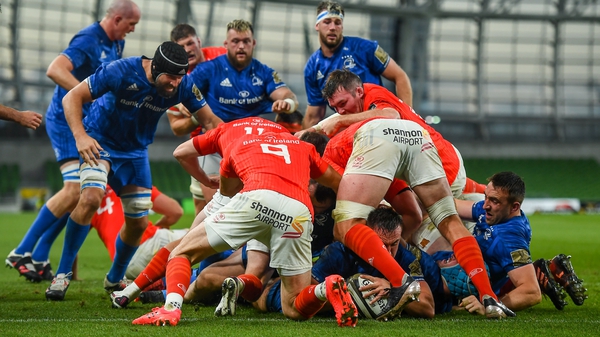 Clinical Leinster get past Munster to reach another Pro 14 final