In all Connacht make 14 changes from the side that saw off Ulster last weekend, with Andy Friend keen to give game-time to more players after a long absence due to Covid-19.

Ex-Bay of Plenty number 8 Papali'i forms a back row with Conor Oliver and Eoghan Masterson, who is the only player retained from last week.

Quinn Roux captains the side having recovered from injury to take his place in the second row alongside Niall Murray, with Paddy McAllister, Shane Delahunt and Dominic Robertson-McCoy completing the pack.

Sunday’s half-back pairing consists of Caolin Blade and Conor Fitzgerald, while Arnold will be partnered in the centre by Tom Daly.

The experienced Tiernan O’Halloran and Matt Healy are included in the back three, while there’s also a first appearance for Colm de Buitléar since January 2019.

The winger from Carraroe played four times during 2018/19 while in the Connacht Academy, but hasn’t featured since suffering a serious achilles injury in the 2019/20 pre-season. 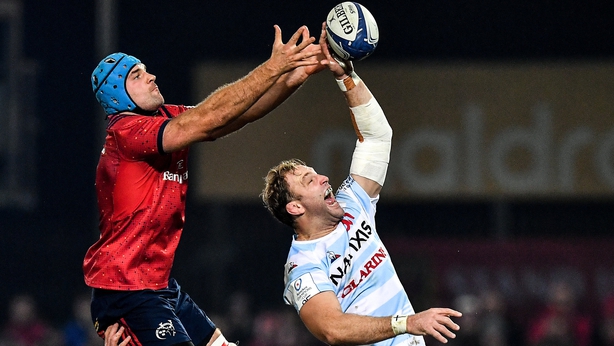 Tadhg Beirne is in line to make his first Munster appearance since sustaining an ankle fracture away to Saracens in December.

The Ireland lock is among five players coming into the pack from the side that was beaten by Leinster last Saturday.

Jeremy Loughman, John Ryan, Fineen Wycherley and Chris Cloete are all drafted into the side.

Damian de Allende and Chris Farrell pair up in the centres for the second time with Conor Murray and JJ Hanrahan in the half-backs.

Loughman, Niall Scannell and Ryan pack down in the front row with Wycherley and Beirne starting in the engine room together for the first time.

A win will secure Munster's place in the semi-finals.