The former Leinster, Bordeaux and Bristol out-half made his debut during last week's defeat to Connacht and now gets the nod for his first start alongside Ireland scrum-half Cooney. He replaces Billy Burns at 10.

The lock is one of eight changes to the starting XV, and he will be partnered by Kieran Treadwell in the second row.

It's all change in the front row, as Rob Herring returns to the side at hooker, with Eric O'Sullivan and Tom O’Toole taking up the starting loosehead and tighthead positions.

Jacob Stockdale retains his starting berth at full-back and is joined in the back three by returning wingers Rob Lyttle and Matt Faddes.

The midfield combination of Stuart McCloskey and James Hume remains in situ. 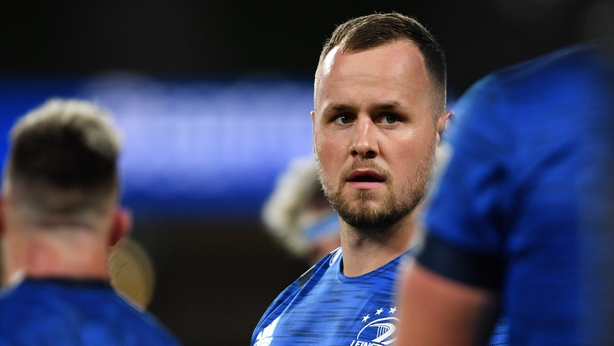 Ed Byrne, meanwhile, will captain Leinster for the first time in a competitive fixture.

The prop starts in the front row alongside Irish internationals Seán Cronin and Michael Bent. Carlow native Byrne made his debut in February 2014 against Zebre and will win his 54th Leinster cap tomorrow.

Devin Toner returns to start in the second row with Ross Molony, while Josh Murphy, Will Connors, and Max Deegan complete the starting pack.

Leo Cullen has selected a back three of Rob Kearney, Hugo Keenan, and Cian Kelleher.

Ciarán Frawley and Rory O'Loughlin is the centre partnership, while in the half-backs Jamison Gibson-Park wins his 90th cap for Leinster Rugby and is joined by Ross Byrne.

Both Ulster and Leinster have already confirmed their place in the Pro14 semi-finals, with Ulster looking forward to an away trip to Edinburgh next weekend, while Leinster will host either Munster or Scarlets.