Players from Ireland's four provinces will make an anti-racism gesture ahead of this weekend's Guinness Pro14 derbies at the Aviva Stadium.

Professional rugby resumes following a five-month pause due to the coronavirus outbreak, with Leinster hosting Munster and Connacht facing Ulster this Saturday and Sunday respectively.

Premier League soccer clubs and English Premiership rugby clubs all made gestures ahead of their games in their restarted seasons.

Clubs from England's top tier, the Gallagher Premiership, which started back on Friday, marked their support for the Black Lives Matter movement in different ways, with some players taking a knee, some standing and other teams sported anti-racism t-shirts during the warm-up.

With the Premiership leaving it up to individuals to decide how to make the gesture, Bristol stood in a heart formation ahead of their game.

Leinster scrum-half Luke McGrath indicated that those involved in Dublin this weekend will make a uniform gesture.

"It will be huge [to show a united front against racism]," said the 27-year-old.

"We have spoken about it as a leadership group and we have been in touch with Rugby Players Ireland and Pro14, something will be announced soon.

"But it’s a huge matter and Leinster Rugby are fully behind it." 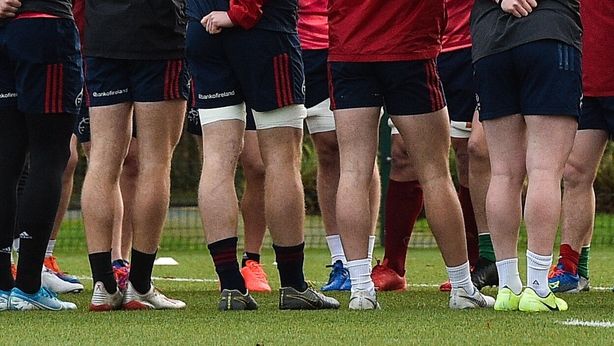 Saturday’s opponents Munster suffered a set-back last week when one of their academy players tested positive for Covid-19, prompting the province to cancel training and forcing a senior player, identified as a close contact, into self-isolation.

A number of GAA club games and a Premier Division soccer match fell victim to the virus following coronavirus issues but McGrath, capped 19 times for Ireland, said they are confident things can proceed as normal.

"We heard about the Munster player last week and you never know if the game is going to go ahead, but we’re very confident it will at this stage," he said.

"We wish that Munster player a speedy recovery. It’s such a strange scenario that you almost have to take it day by day.

"Thankfully we’ve come in, everyone’s got tested today, all going well everything will be all right tomorrow when we get the results and we can just look forward to playing Munster.

"It’s been five months since we played a game and it’s been a tough time for society, not just for us. It's been a lot worse for other people.

"It’s just about bringing that enjoyment into the game and hopefully we can put on a good game for everyone to watch at home.

"But it’s important that we think about the government guidelines. We’re still a long way off getting crowds in unfortunately."

Backs coach Filipe Contemponi added: "We wish the player to get better soon and hopefully there are no more cases in Leinster or the other provinces so that we can have rugby this weekend.

"It’s all probables and everything is new for us. We are continuously adapting to new situations. We stick to our own plans."

They added: "The Academy player who tested positive for Covid-19 is asymptomatic now and is continuing to be monitored.

"He will follow a graduated return to rugby once the isolation period is complete.

"The HSE have contacted all potential close contacts and the six players who were advised to self-isolate by the province have commenced the testing process.

"All results received to-date have been negative. The players are all asymptomatic and continue to self-isolate."

Leinster will be without Fergus McFadden and Conor O'Briend for a number of weeks due to injury, while Dan Leavy (below) is back in training but won't be in the frame this weekend. 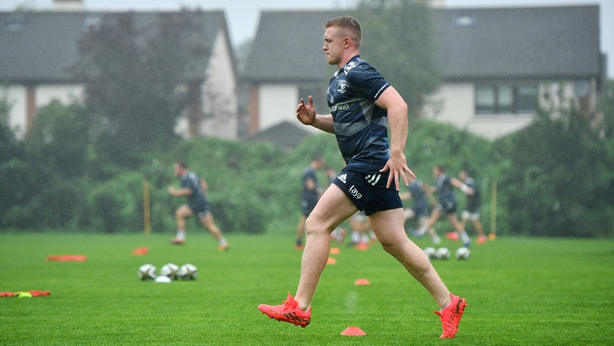