French Rugby Federation (FFR) president Bernard Laporte has said that the 2020 Six Nations clash of France and Ireland will be rescheduled for 31 October.

Andy Farrell's side were due to face Les Bleus in the concluding game of the tournament on 14 March before the coronavirus outbreak.

Laporte, also vice-president of the game’s governing body, was asked if the Six Nations would be completed this year. 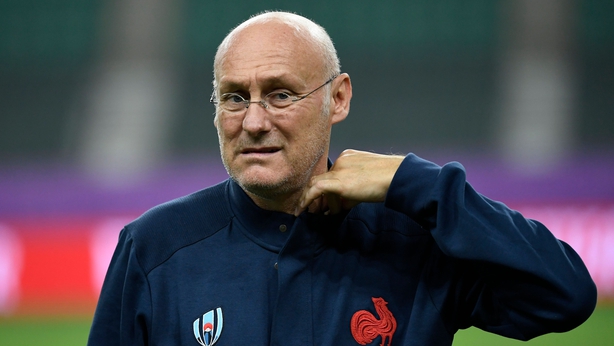 Speaking at a press conference hosted by the Corsican League on Sunday, he said: "Yes, France-Ireland is announced for 31 October."

Ireland began life post Joe Schmidt with wins over Scotland and Wales, before coming unstuck against England at Twickenham.

France appeared to be on the march towards a grand slam until Scotland inflicted their first loss last time out with 28-17 victory in Edinburgh.

England and France lead the way on 13 points, while Ireland, with a game in hand, are on nine points. England finish their campaign with a trip to Rome.